Dr M and Najib not at "war", just having differing views - Rahman Dahlan 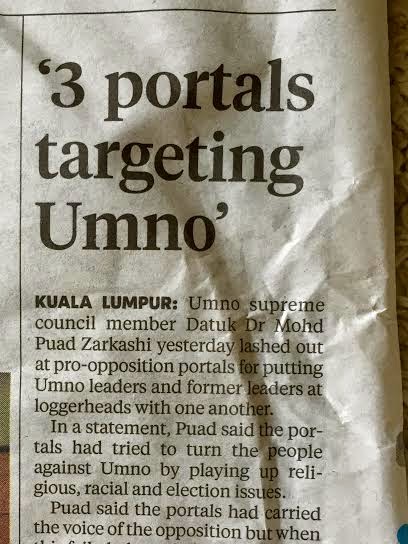 Rahman Dahlan's simple observation puts in proper perspective the relationship between Dr Mahathir and Najib. This to me is important at this time as some people are going all out to make Malaysians think that the Statesman, who was instrumental in cutting short his successor Abdullah Ahmad Badawi's premiership in 2009, is going to repeat the feat this time on the current PM because he could not agree with some of Najib's policies.

I don't see, therefore, any need for Shahidan Kassim to offer himself as a peacemaker to "mediate between Dr Mahathir and Najib".

By the way, the New Straits Times got the Rahman Dahlan story too but theirs was buried so deep in the single-column "3 portals targeting Umno"  that even Google missed.