Our own George Soros?

Updated, Sat 31/1/2015
Najib Razak was asked yesterday about cyber talk of an attempt to undermine the Malaysian economy and currency by our own citizens. The PM said his government will act against the saboteurs, if the claims are true. "We have to obtain the evidence first ...".

The full story:
Najib: Govt to act against economic saboteurs (The Star)

Then you hear Ahmad Maslan, Najib's Deputy at the Finance Ministry, asking the Malaysian Communication and Multimedia Commission and the central bank to launch a probe into the claims. Why the MCMC? Because, apparently, Ahmad Maslan said h e r e, the "saboteurs had been speculating on the currency unit through the social media to keep it weak."

I am speculating that the authorities already have the evidence and are just waiting to strike ...

If you haven't read How Tong Kooi Ong is attempting to break Bank Negara and crash the RM, read it today. 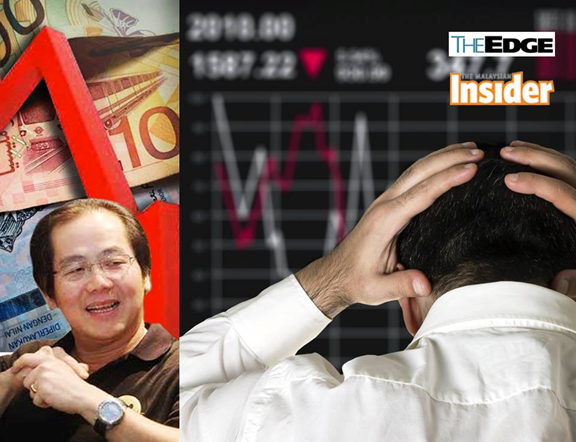 The allegations leveled against Tong, who shot to corporate prominence when Anwar Ibrahim was Finance Minister, are fantastic. I didn't know whether to laugh or to cry. But then I remembered that that was how we reacted back in 1997 when we were told about George Soros. We didn't know any better then; do we, now?

Some people are taking the "expose" by the new blog seriously. I have no idea if Bank Negara is actually monitoring Tong's movements closely, as suggested in the malaysianexpose.wordpress.com, but they should not take the issue lightly. Not because I think Tong is actually capable of doing what George Soros had allegedly done during the 1997 financial crisis (and to the sterling before that), but because it had been attempted before and the results, as we all know, could be devastating.

Ex-money trader A Brick in the Wall pens his thoughts on the expose in his latest posting Economic Sabatogeurs Rising up to the Occasion), in which he mentions some familiar names including Rashid Hussain.