The most powerful woman in Malaysia?

"Hello, Anneh (brother), looks like your friend Datuk Ainon is the most powerful woman in the country today lah ..."

I knew instantly what the caller was referring to. For days, rumours had been going around that Firdaus Abdullah's brutal tweets purportedly meant for Datuk Ainon Mohd, the Prime Minister's close aide, were going to cost the new Media Prima managing editor his job. 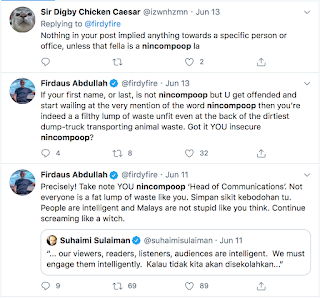 This morning Malaysiakini landed a story to end the rumours:


The article made no mention of Ainon or the tweets said to be aimed at her (although many including me at first thought they were aimed at Suhaimi Sulaiman, the new chairman of national news agency Bernama). I was told the management of Media Prima felt the tweet should not have been posted, notwithstanding who it was meant to, because they would be misconstrued as representing the company's position on a certain individual or subject.

Well, maybe Firdaus' "removal" had nothing to do with those tweets at all.  The fact of the matter is I don't really know. Both Firdaus and Ainon have not spoken to me for quite a while but we are friends, former colleagues at Balai Berita.

The most powerful woman in Malaysia, if you ask me, is still Zeti Akhtar Aziz, the PNB chairman, who has just terminated the services of CEO Jalil Rasheed, who had been put there just a few months ago by The Most Powerful Young Man (and rumoured to be the youngest billionaire) in Malaysia, at least at that material time. - 23 June 2020, Bangsar

Can Wan Zul save Malaysia Airlines?


Can anyone save Malaysia Airlines?
KL, June 14: If Finance Minister Tengku Zafrul Abdul Aziz had said he was shocked by news that hard times were forcing local airlines to retrench, he'd be a First Class moron. Fortunately, Tengku Zafrul said no such thing. He knows, I'm sure, what the airlines are going through: Malindo has offered its staff VSS and AirAsia could cut 30 per cent of its workforce. What I'm not so sure about is why Zafrul hasn't seen the need to lift his finger and help out the airlines when some neighbouring countries are pouring in billions to keep them alive. I'm not the only one ...

Case for govt to assist airlines

KUALA LUMPUR – June 13, 2020: Two experts agree that Malaysia will lose out if the government fails to assist home-grown airlines hit hard by Covid-19 restrictions.
The country will, among other things, face a potential pricing power issue if the government decides to leave the fate of airlines solely to market forces, pointed out independent analyst Mohshin Aziz.
He also referred to the multi-billion dollar rescue packages by other governments as a case in point.
“Take Cathay Pacific and Singapore Airlines for example. The governments of Hong Kong and Singapore are forking out  US$13.3 billion (RM56.5 billion) and US$5 billion (RM 21.2 billion) respectively. (Cathay and SIA: Till death do us apart)
“There’s a reason for this, besides just ensuring the survival of the airlines, and that is to counter against potential pricing power by others. If these airlines close shop, the rest will have more power.
“If it is destined that the surviving airlines are not one of ours, we will have little say on pricing and locals could end up having to pay more to travel.” .
On a recent report that claims that Malaysia will fork out RM1.49 billion to help three airlines, Mohshin, a formerly an aviation analyst with Maybank, said the amount is in fact far from enough.
“If this is equally shared by the three airlines, it is not even a Panadol. Just take a look into the cost of operations of each airline.
“Looking into the annual report for AirAsia last year, I think the operating cost is close to RM2 billion and this is just AirAsia. Malaysia Airlines has an even bigger operating cost,” he said.
Last week, a foreign wire reported that the Malaysian government was planning a US$350 million package to help local airlines in the immediate term.
The Mole learnt however  that no such package was being considered.
“Not that we know of,”  said a source.
Other unconfirmed reports suggest that airlines were resorting to desperate measures including retrenchments to stay afloat as a result of the pandemic.
“If the situation doesn’t improve and the government won’t help, we can expect more waves of lay-offs. In a worst case scenario, the carriers will have to close,” said Mohshin.
Associate Professor Ahmed Razman Abdul Latif of Putra Business School agrees that the government should assist.
He however suggested for the government to provide full assistance only to Malaysia Airlines while the shares of privately-owned AirAsia and Malindo should be bought by Khazanah Nasional.
The Star newspaper reported that Korea’s third-largest conglomerate SK Corp could buy up 10 per cent of AirAsia because it sees the potential of consolidating its own position this way. - The Mole


Ironically, Malaysia Airlines has actually gained a new chairman in the middle of these layoffs. But what can one man do? This one man - Wan Zul - did well in Petronas but what are his chances at the ailing airline? Not good, really, especially now that the Finance Minister has said he had never even heard of the so-called  RM5b financial aid for the national carrier!

But then again, maybe Zafrul doesn't believe MAS should be rescued? We asked Prof Jomo Kwame Sundaram if the Malaysian government should emulate other governments that are pumping in billions to save airlines. Jomo mentioned only one airline.

"As you know, the fate of MAS has been politicized since the days of the late Aziz Rahman. The Dutch and Italians have given up the idea of nationally owned airlines and the US has none. In the context of C19, many industries will sink, and in our resource constrained circumstances, tough choices need to be made  on where to put money."

The inevitable shake-up in Petronas 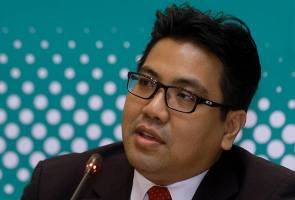 Puchong, 6 June 20: Jose Barrock of The Edge has the story about Possible change of guard at Petronas, Wan Zul to step down but we all know it's inevitable, not just possible. "It's politics," one keen observer of the national oil corporation told me. Wan Zul's replacement as Petronas president and CEO may well not be an "internal" candidate as Mr Barrock suggests but, rather, a former  Petronas man.

The name Anuar Taib has been bandied about. Anuar was the VP of the national oil corporation brought in from an international oil company by Wan Zul's predecessor to one day take over the helm, a plan derailed by the big but short-lived change in the Federal government (read Petronas confirms Anuar Taib stepping down, succession plan in place - 20 Sept 2019). Anuar's "shock departure" from the national oil company during the period caused quite a stir and the NST even dedicated an editorial on it (Trouble at the top, 28 June).

Wan Zul's departure, assuming it does happen and happens soon, comes in the wake of a string of departures and replacements at the helms of Government-Linked Companies (GLCs) and other key organisations crucial to the Administration. Prime Minister Muhyiddin Yassin is probably saving the best for last.

5G: Why Singapore is concerned with Syed Mokhtar's Altel 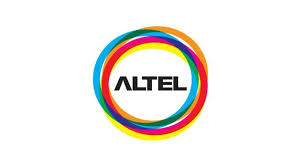 Kuala Lumpur, 4 June: I'm not as big a fan of Syed Mokhtar Al-Bukhary as I used to be. The years have made me wiser, I suppose, or just that little harder to impress. But it would seem that across the Causeway, the Straits Times is even less enamoured by this richest Malaysian Melayu. 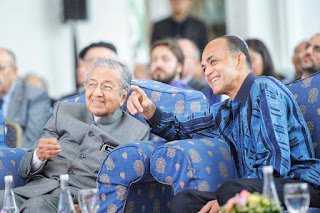 The May 15 decision, signed off by Communications and Multimedia Minister Saifuddin Abdullah, went unannounced to the public and appears to be the first major reversal of infrastructure policy by the three-month-old Perikatan Nasional (PN) government.

Prior to being ousted in February, the Pakatan Harapan administration had promised an open tender to allocate the spectrum - reserved frequencies to avoid interference of transmission - but encouraged industry players to form a consortium that would avoid duplication of heavy expenses in rolling out infrastructure for the next generation broadband service.

But given that Singapore has always more than seemingly had more than a fleeting interest in Malaysia's telco industry (one of our telco players gunning for 5G domination is, in fact, partly owned by Singapore) one can't help but wonder if the editorial wasn't driven under the influence, so to speak.
Now, is Altel the best choice to lead Malaysia's 5G push?
In January, I wrote 5G's "single entity': Who will own it ultimately? but I'm certainly not the guy to ask if this company is more qualified than that company. My only concern is that this all doesn't turn into a monopoly. That's the last thing we need and new Communications and Multimedia Minister Saifuddin Abdullah will do well to reassure us that under his watch nobody - Syed Mokhtar included (or, rather, especially) - will own another monopoly yet again. And that we the people will get the best deal at the end of the day.
But to be fair to Syed Mokhtar's Altel, it has invested over RM1 billion of its own money as part of a loss-making concession to deploy digital TV infrastructure in Malaysia. As a result, 700MHz spectrum is freed from analog TV to he used for mobile amd wireless broadband.
In addition, the government is expected to earn some RM4 billion from the spectrum when allocated to telcos. Needless to say, it's a heathy sum that can be re-invested into better broadband infrastructure, especially for rural areas. And if the expected "marriage" between TM and Altel happens, that should be another plus for businesses and consumers in the country.

Three of our telcos - TM, Maxis and Celcom - are 5G-ready and a fourth - DiGi - will be, soon. All of them have invested huge sums and it is important that they get equitable share of  the 5G pie so that they can justify future investments in the industry in Malaysia.
The same goes to that Singapore-owned Malaysian telco, if it can step up its game quickly.
at June 04, 2020 1 comment: