TTDI, 11 March: In his angry latest article A Ketuanan Melayu Cabinet, Dennis Ignatius declares that for non-Malays, PM Muhyiddin Yassin's Cabinet is "the most regressive Cabinet we've ever had".

A very disturbing statement, especially coming from a man who had spent 36 years living and working abroad as a Malaysian diplomat. For someone who crucifies Muhyiddin for his Malay-first remarks, Dennis Ignatius doesn't seem or sound like a Malaysian-first Malaysian, either.

I counted 70 Malaysian ministers and deputy ministers in the new Cabinet.

Who is Dennis Ignatius, again? [Taken from Arise Ambassadors] 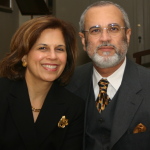 Dennis’ passion is to help raise up ambassadors for the Kingdom who are passionate about God, committed to serving Him with excellence, and determined to honour God with a life lived well.

Drawing on his vast experience as a career ambassador, consultant, human rights advocate, author, newspaper columnist, itinerant preacher, and motivational speaker who has travelled extensively, he brings a unique perspective to the challenges of staying passionate for God, finding purpose, and living the faith we believe.

Dennis Ignatius was a Malaysian diplomat for 36 years serving in London, Beijing and Washington, D.C., before being appointed ambassador to Chile and subsequently to Argentina. While in Latin America, he served concurrently as ambassador to Peru, Ecuador, Colombia, Paraguay and Uruguay. From 2001 to 2008, he served as High Commissioner (Ambassador) to Canada before retiring from the foreign service.

Following a dramatic encounter with Jesus in 1986 in Washington, D.C., Dennis has been active in sharing his faith, preaching and ministering internationally. He has appeared on Christian television and speaks at conferences and seminars.

He is the author of Fire Begets Fire, a book about the passionate pursuit of God. His email devotional, Fuel For The Fire, has an international circulation.

Dennis has also been engaging Christians in politics, business and diplomacy with a view to helping them define their purpose and strengthen their role in public life. Christians in the public square who understand their purpose and are committed to their calling have a tremendous capacity to influence culture and disciple nations.

He is a fellow of the Ezra Institute for Contemporary Christianity, a Toronto-based evangelical Christian organization committed to the training and equipping of Christians in the areas of Christian apologetics, missiology and the cultural mandate.

Dennis is also deeply concerned about human rights and justice and seeks to voice the concerns of disenfranchised and persecuted groups. He is Diplomatic Advisor to First Step Forum, a Helsinki-based group of Christian professionals, business leaders, and politicians committed to helping persecuted minorities of all faiths by building bridges and promoting dialogue with national governments. As well, he is an international affairs columnist & commentator.

Dennis and his wife, Cherry, divide their time between Kuala Lumpur, Malaysia and Ottawa, Canada.