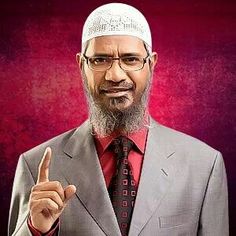 Zakir Naik Replies To Fake News On What He Allegedly Said


TTDI, Jumaat: Gee, I really should have followed my gut feeling and skirted the Zakir Naik issue. I knew something was not right when I read the news accusing him of making racist/racial remarks against our Malaysian brothers and sisters (and everything in between) of Chinese and Indian origins. It just wasn't like Zakir Naik. It was out of character, not the Zakir Naik I know of through the You Tube clips of the man I've watched.

But, what to do? A friend - a good Chinese buddy - was chiding me for not writing anything on my blog about the Indian preacher, who was given refuge by the previous government and continues to enjoy the hospitality - and protection - of the government of Dr Mahathir Mohamad.


Chinese buddy: Bro, you're not defending good Malaysians like us ke? Zakir Naik ask me to go back to China!


So I must have felt obliged to write something because my Chinese friend was honestly slighted by Zakir Naik's alleged remarks. Read my previous posting h e r e. But even then, the one thing I couldn't do was to vilify the preacher over something that he might or might not have said. I'm glad I didn't because as it turns out, his remarks had been taken grossly out of context by his "haters".

Zakir Naik: "It's being said that I said the Chinese should go back to their country, One of the headlines even said, 'Outrage in Malaysia as Zakir Naik suggests Chinese expulsion'. If this was really true, why did it take the media 5 days to bring it up? (Because) it's not true. 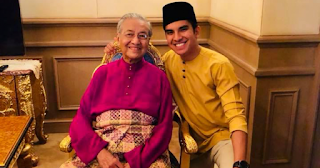 p.s. You guessed it: that bit about Zakir Naik challenging Syed Saddiq to a debate in my heading is NOT true. But a Mahathir die-hard was so upset with the young politician's hasty defiance of the PM (Enough is enough, deport Zakir Naik, says Minister) that he suggested on social media that SS challenge ZN to a debate since debating seems to be the only thing SS can do. But then again, maybe Syed Saddiq didn't say it in the first place. For it was quite out of character for someone who kisses the ground Mahathir walks on ...
at August 16, 2019