After Khat "defeat", Zakir Naik is next? 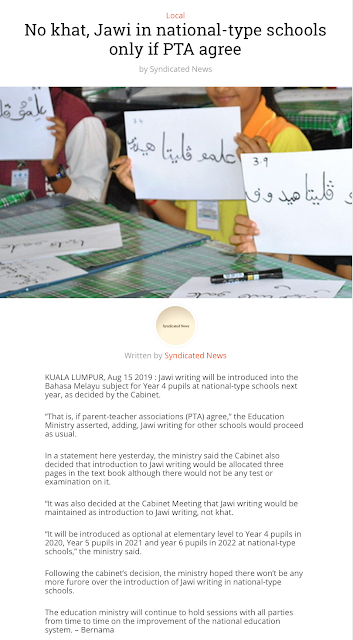 Bangsar, 15 Aug: Annie says the "racist" Dong Zong trumped the Old Man over the Khat issue (Dong Zong wins ... DAP too). A lot of ordinary folks would agree with Annie.

Generally, people think Dr M is not the man he used to be. He's got the same fire in his guts but he doesn't have the same kind of generals and soldiers he once commanded. At the height of his power, Mahathir would have pushed through the khat issue with one eye shut. Today, Dong Zong beat the Old Man quite easily. The two-time Prime Minister has been coming under fire over not just the khat issue but also the controversial preacher Zakir Naik and Lynas. He used to thrive on crisis but these days you can almost see him buckling under the weight of relatively small but never-ending problems this Administration has left for him to resolve. 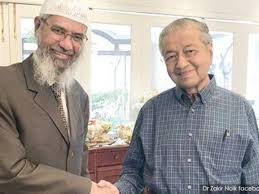 Some ordinary folks are wondering if he wouldn't actually throw the controversial preacher Zakir Naik under the bus after this, especially after his own daughter Marina and blue-eye boy-minister Syed Saddiq have started attacking Zakir. I hope not but I can't help but wonder, too.

Oh, anyway, when I say "I hope not" it doesn't mean I am a fan of Zakir Naik. I have watched some of his sessions on You Tube and I think he is really good at what he does but I also think there has been too much hype and I really couldn't care less if he stays or if he goes. This country has taken in so many people for centuries - and is still doing so. Therefore, one more pendatang or guest will not make it poorer. On the contrary, we are today richer for it.