Ceasefire? After dozens of almost back-to-back postings attacking Najib Razak in the last few months, Tun Dr Mahathir Mohamad's first blog article for the holy month of Ramadan has nothing to do with the PM, his wife, 1MDB or Arul Kanda. Racial Equality is the former Prime Minister's take on an article he read recently in The Foreign Affairs ("not my favourite magazine") which admits that Malaysia's New Economic Policy was, actually, quite a success story. Even when compared with the US, where Dr M observes that "being equal with the whites has not benefitted the blacks much". 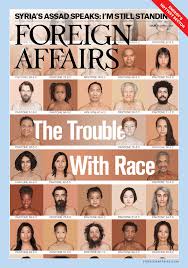 10. It would seem that Malaysia has done a better job of building a more equitable multiracial society than most multiracial countries including the US. The policy of equality of treatment i.e. meritocracy has not yielded tangible results.

11. The magazine Foreign Affairs seems to admit that Malaysia’s affirmative action has merit. Like the reversal of the opinion on Malaysia’s fixed exchange rate policy, there now seem to be a reversal of condemnation of our affirmative action, at least by the Foreign Affairs magazine. Other foreign media simply copy the biased reports made a long time ago without trying to investigate the realities regarding Malaysia’s management of race relations and development of its economy.

p.s. So, what, is this ceasefire? Many plus I hope so. But not everybody will be happy if the Tun decides to give peace a chance, even if it's Ramadan. For some, they are relevant only if the Statesman and the PM continue to openly be at loggerheads.
at June 23, 2015


Najib still have to explain. Ceasefire or not. Will see. Or not ....

Dato', must be noted that your credibility is down the drain. No amount of twists and turns coupled with seemingly intelligent play with words could possibly cover up the absence of integrity. Sad but very true Dato'. May you be at peace.

Ramadhan or not,.I have had enough of this administration. Having been a staunch UMNO/BN supporter all this while, I am going to abandon ship this next GE. And so do about 30 other voters from my family. Unless, of course, there is a change in the keadership...

It's always good to whack the Chinese when it is convenient. The old dog is running out of tricks.

Let's hear your views, since you have family on both sides of the Causeway.

Dont try to appear to be on Tun M's side la Latuk. You clearly have shown to be under Najib's payroll. Stop trying to make a fool out of your readers. We understand you wanna 'cari makan' but to try and justify 1MDB's problems as not an issue shows that all the talks about integrity bla bla that an ex journalist like you try to preach is a total copout man....

Give peace a chance... short lived...

It's not a cease fire. Tun has no more bullet to shoot. And he knows Najib and UMNO did give him lots of respects with no personal attack at all despite what he did. And PAC investigation is on it. Najib already explained and explain soooo many times.

Yeah Bro , this is the month of peace and sanctity . Let's give it a chance .

However , there are still many stupid , idiot , moron like the Ultrakiasu DAPig , LKSial , LGE , OSTB , AKJ , WCW and the like who are dead against the truce .
Even with 1MDB case coming to conclusion , which was the work of rogue ex employee in sending out tampered document . These moron will not sit on their laurel . They will continue shitting ... .
Well , let them shit in their pant lah ...

From now it is going to be a peaceful Ramadhan .

BN Najib Vs Pakatan? Its like to choose between the devil and the deep blue sea. Go hell to all of them hipocrites.......!!!!

I reiterate once again, both sides of the fences are full with thorns and killing mines. Whichever way, the bottom line is the rakyat suffer and loose. With this note, I wish them with those 3 little words....GO TO HELL...!!

Salam ramadan datuk.
Talking about race ethnic religous and equality please do look at our neighbouring asean countries.The minorities like in philippines,thailand,singapore,myanmar,vietnam and the chinese
uighur,the khashmeer.These people are happen to be all muslim.What are their condition then comparing to the minorities in our country? It is like langit dengan bumi.They might say that all what they have been getting is entirely their sheer hardworking.What about if the policy of the goverment is oppressing them?