What Chin Peng would have done to Bersih, Seksualiti Merdeka and this Saturday's UMNO election

Exceprts from The Canonisation of Lim Chin Peng - Blood or Ideology? by Anak Si Hamid


"Remember, it is not only Malays who would have suffered.  If the Peninsula had been turned into the People's Republic of Malaya, we might be celebrating LCP's birthday on 19th October.  Chairman Lim Chin Peng's Little Red Book would be a compulsory text in all schools - where Malay would certainly not be the language of instruction.  (Remember how Malays and everyone else had to learn Japanese during the Japanese Occupation?)  Religion, as the "opiate of the people", would be banned - no Hari Raya or Ramadan (like in Xinjiang), no Deepavali or Thaipusam, no Vesak Day or Easter or Christmas.  Luxury western products, holidays to Disneyland, gambling at Genting would be banned.  The Internet, Twitter, Facebook and the whole IT caboodle would be closely regulated.  As for campaigns like Bersih and Seksualiti Merdeka - dream on, babe!" 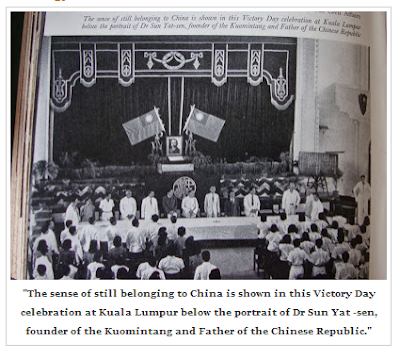 AsH's posting on Chin Peng is quoted by Helen Ang (It has always been about Race), the 20-million-plus Unspinners (Chin Peng, Malayan Sino hero and martyr) and Barking Magpie (It has always been about races - Chinese and Malay!). The anonymous Magpie's posting comes attached with a 3-page letter detailing how Chin Peng's men tried to assassinate the Sultan of Pahang and "slaughter" Tuanku Munawir of Negri Sembilan.
at October 17, 2013