For some, when experts say Right things, they got to be wrong!

SPOOKED BY ANALYSTS' COMMENTS. If Khalid Ibrahim hadn't made such a big fuss over JP Morgan's latest take on the Malaysian economy, particularly the allegedly pro-BN comments made by the its Equity Director, Mr Mak Hoy Kit, I'm certain most of us would have missed this story in the Star: 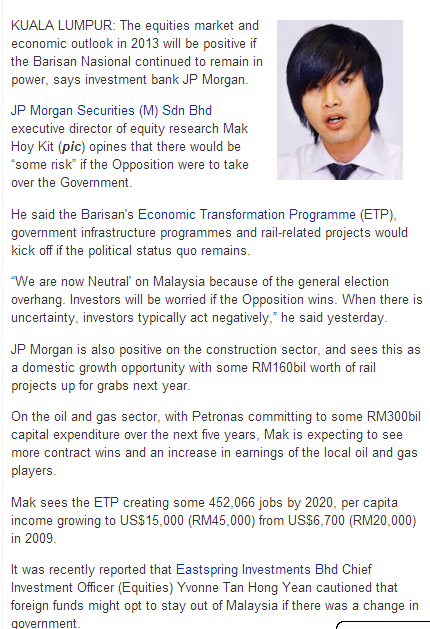 As expected, Mr Mak became the target of typical hate comments in pro-Pakatan news portals following Khalid's protest here. But as the Star's article pointed out, JP and Mak aren't the only analysts who hold such a view. Last month, another expert was attributed saying these: 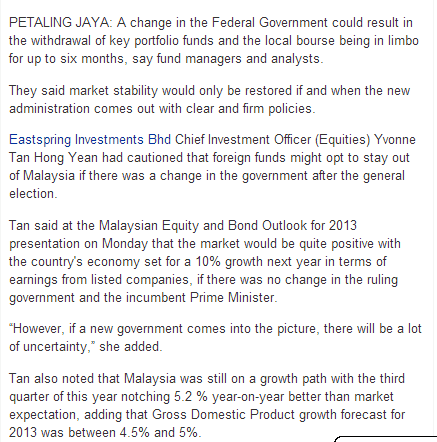 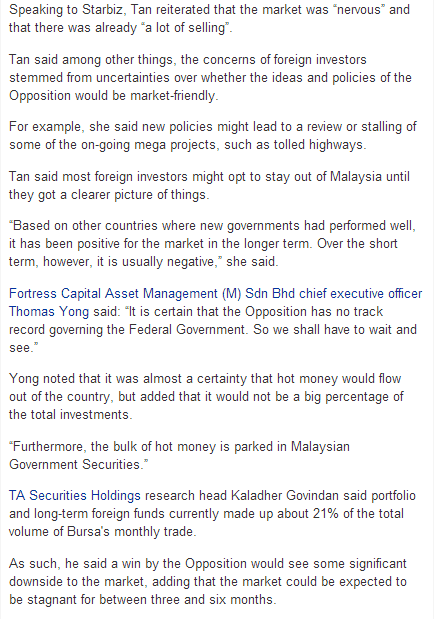 I count FOUR analyst firms saying more or less the same thing but expect Khalid to get his friends to come up with their own views to counter the equity experts' opinions. The Selangor is known to do such things, eg calling in KPMG to rule that Selangor's controversial Talam deal was "above board".
at December 14, 2012