Lynas: What if it is safe? 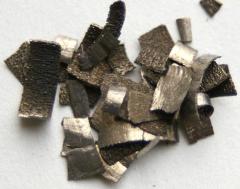 Let the International experts tell us. I am no expert in rare earths. Neither are, I bet, most of the people who are protesting big time against the decision by the Government to process rare earths ore from Australia in Gebeng, Pahang for export. Those processed rare earths metals are commonly used in the making of your computer's disk drive, my flat screen display at home, and everyone's mobile phones. Operative word: "commonly".
The project is going to bring in billions to Gebeng and the Malaysian economy, provide jobs, enrich some cronies and their cronies, blah blah blah. But is it unsafe? You and I will have to rely on the experts to tell us this. We cannot expect the people who are organising anti-Lynas protests, who are probably the same people organising the Bersih demonstration, who are most likely the same people behind Hindraf, the porn video of the Anwar Ibrahim lookalike, and the Malaysian political circus, to tell us that IT IS SAFE or IT IS UNSAFE.
Let the experts tell them and tell us if it is or it's not.
Fortunately, the experts have been called in and have been studying the Lynas project. They will be completing their report on Lynas and the rare earths project in Gebeng soon. The date to watch is June 30, 2011, when these experts are scheduled to submit their report and recommendations to the Government of Malaysia. That's two Thursdays from now.
The experts were appointed by the Vienna-based International Atomic Energy Agency (IAEA). And the Malaysian government has promised to make the IAEA report on Lynas public.
If the IAEA says Lynas is UNSAFE, I am sure the Government will abandon the project. We must all make sure of that. But if the IAEA says Lynas is SAFE, do you think the anti-Lynas movement will cease to be? Uh uh.
at June 19, 2011