Why Ku Nan's assets don't turn me on

TTDI, 5 March: If you were expecting Latheefa Koya to quit like the other political appointee, you are going to be disappointed at least for now. The MACC chief is not just staying put but she has lunged ahead and opened an investigation into Ku Nan's multi-million ringgit assets, an issue that has been seized by her poor former colleagues in the Pakatan Harapan still seething from having just lost the government after only 20 months of tumultous rule. 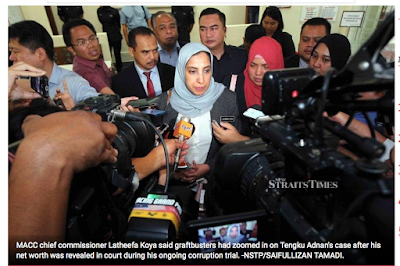 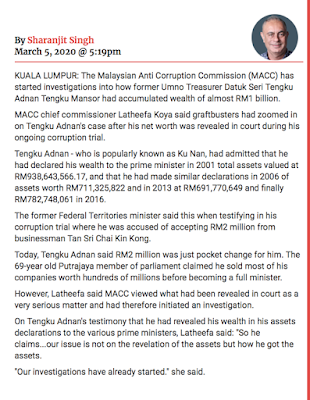 Latheefa was made MACC chief in June last year by the then PM-7 Dr Mahathir. The appointment was seen as controversial as it flouted PH's own principles.

As I see it, the MACC had very little choice but to start the probe into Ku Nan's wealth. But if you expect fireworks, I think you're in for a major disappointment. 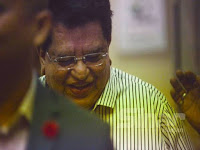 Because even before he joined the government (then led by Dr Mahathir the PM-4), Ku Nan was already a filthy rich guy. During the 90s, he was known as the business partner of Vincent Tan, a wealthy Malaysian and a friend of Mahathir's. The two - Ku Nan and Vincent Tan - had even gotten a KDN to start The Sun to challenge the media moguls or NSTP and The Star. The first time I met Ku Nan was in Langkawi in 1991, the year of the inaugural LIMA. I was covering it for Business Times and Ku Nan was on  the island to supervise the completion of his beachfront resort. It was a period when Malaysian tycoons were not just building chalets and hotels from Langkawi to South Africa, they were placing orders for private jets and yachts like our children order stuff these days via Grab or from Amazon.

Along with Ku Nan, high fliers of the Nineties included Amin Shah ioOmar Shah, Shahrani Abdullah, Tajudin Ramli, Ting Pek Khiing, Ananda Krishnan, Vincent Tan, Wan Azmi Wan Hamzah, Francis YTL, John Soh Chee Wen and many more. Ku Nan wasn't the richest but he was already there before he became a politician (unlike many who became rich AFTER they entered politics). 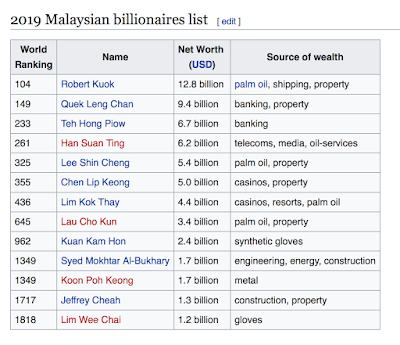 p.s It would be interesting to find out how Ku Nan's assets had fallen in value (from RM900 m to just a little over RM700 m) after he'd joined politics. I thought politics would have increased his worth by leaps and bounds!