After the glitch, even darker days ahead for KLIA unless ... 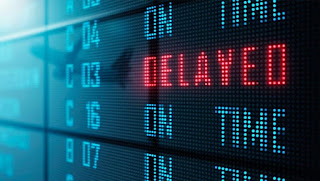 Taman Tun, Aug 26: I'm happy to hear that things at the KL International Airport are back to normal after the four-day glitch. Honestly, I was sick, sad and tired of the things said about our airport and about MAHB, the people running our airports. The fact is, computer glitches happen to the best of airports. The KLIA even started off in 1998 with a glorious glitch, just like airports in Hong Kong, Thailand, Denver did [read Other airports' rocky start]. 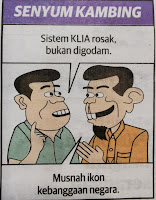 The important thing is, did we handle the crisis well? Some said yes (.. praise for MAHB handling of glitch); others are not too convinced (When an airport loses its value). Yet some others may agree with Senyum Kambing that the reputation of KLIA is now completely in tatters, destroyed!

I certainly do not share Kambing's view for I still believe that KLIA can still fulfil its potential and promises. But the Malaysia Airports Holding Berhad people need to go back to basic. And that means putting passengers first (again) instead of minding petty squabbles and suing the client because their CEO was too critical for the MAHB's liking!

Even the Prime Minsiter has raised concerns about unfair charges that passengers are being made to pay at the KLIA. Not to mention the potentially-disastrous airport departure levy that will take effect on Sept 1.

It is the MAHB - not the airlines - that should be championing such causes for passengers. For a start, it can take the cue from Dr Mahathir and bring the levy up with the Ministry of Finance and talk to MAVCOM about the "unfair" Passenger Service Charge (PSC).

Before the four-day computer glitch, some people were already asking why they needed to pay both the levy and PSC when they fly Malaysia and KLIA. After the glitch, we might want to ask why anyone would want to fly here at all ... 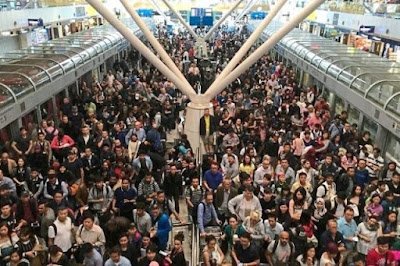