The integrity of our system 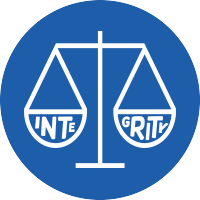 The State of the Nation's Integrity Today: Who is Responsible? At a seminar on integrity yesterday, I told the audience and my fellow panel members that we have the tendency to look at things negatively. As a result, we cause ourselves unnecessary stress and alarm.

The examples I cited:

1. The 1MDB issue and the RM2.6 billion
2. The charge against Lim Guan Eng over his "banglo tak berkolamrenang"
3. The RM112 million cash discovered in the Sabah "watergate"

These issues made major news abroad. I've met some people who said they were ashamed to admit that they were Malaysians because of these issues. I wish they could look at things more positively.

If you ask me, these cases prove the integrity of our key institutions:

1. The bipartisan Public Accountability Committee (its report on the 1MDB in April here), the PDRM (which hope to conclude its investigation into 1MDB soon, here),  and, especially, our Bank Negara, which has fined the 1MDB for administrative failures.  Singapore and Swiss authorities have acted against their banks for rule breaches related to dealings with 1MDB.
2. The Attorney-General himself is prosecuting in the case against the Penang Chief Minister to uphold the integrity of the AG's office. Some people talked about Apandi Ali's move as politically influenced, but they failed to mention that not too long ago an Umno chief minister was charged and jailed over a case not too different from Guan Eng's
3. The Malaysia Anti-Corruption Commission has proven beyond doubt its commitment towards defeating graft. It knew the repercussions of the watergate and, as if on cue, the politicians in Sabah started accusing one another but, so what? Important thing is we now know that despite all the attempts at politicising and undermining the MACC since 2009, the integrity of our anti-graft men and women remains intact.

The problem is some people are not interested in whether the MACC or Bank Negara or our justice system is fair and independent. They just want to get their guy and if they don't it means the system must be corrupt and has lost its integrity!