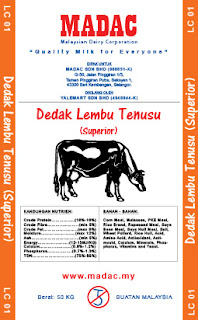 Kuala Lumpur, 30 March:
Dedak is Malay/Indonesian for bran or pounded paddy husks. When I first read about dedak on our cyberspace, I had the impression that it was chicken feed. Or was it duck feed? But dedak, I discovered later, is eaten by not just chicken and ducks. Rabbits, lembu and fish consume dedak as well.

Pemakan dedak, however, is neither chicken nor duck, even though makan means eat. Pemakan dedak is a label used by Pro-Tun Mahathir cyber troopers and fan clubs against anyone seen as defending PM Najib Razak and his Administration. The aim, obviously, is to create the perception that those who defend Najib and the Malaysian Government have been dedak-ed (bribed) to do so. If it seems like a childish and desperate attempt to discredit those who dare to defend their PM, it's because it is childish and desperate.

But then I read Dr Mahathir's latest blog posting Kit Siang dan Dr Mahathir and, mmm, even the Grand Old Man is resorting to the D word now.

Dedak crossed my mind, a big grin in its wake, after reading the Bloomberg news on the Australian Broadcasting Corporation's latest expose on Najib.

Well, I think the ABC's latest program was meant to be an expose (based on fresh documents) intended to keep the RM2.6 billion controversy alive. Whether they realised it or not, however, the people at ABC have actually confirmed the Malaysian government's official line all along with regards to the source of the donation: that it did not come from 1MDB and that it was a donation from the Middle East.

The Bloomberg piece on the ABC report: 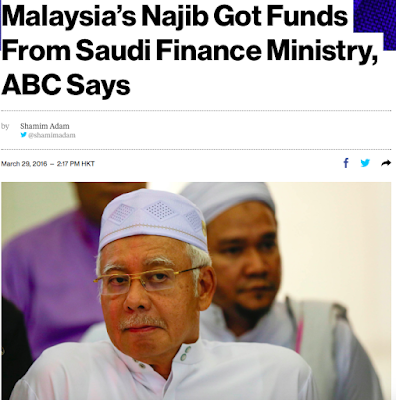 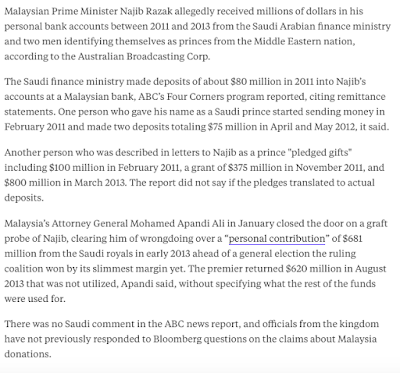 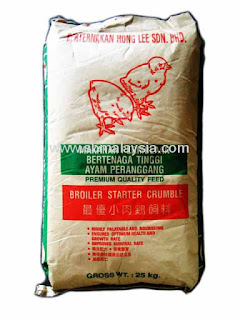 Question: So, why is the ABC confirming what Najib Razak and our Attorney-General have been saying regarding the RM2.6 billion? 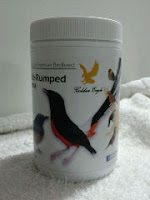