Journalism is not a crime (but journalists do commit crime) 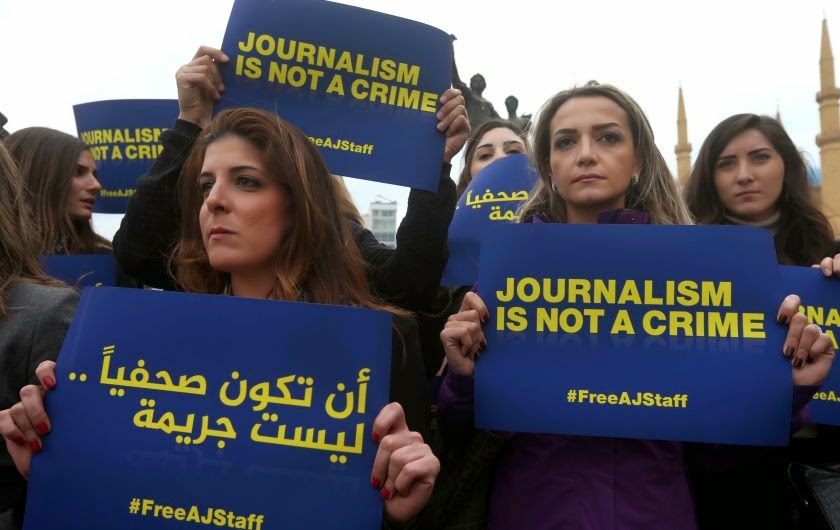 As a journalist,, I do not hesistate in joining my fellow journos at the BBC in London and elsewhere in the world in their minute´s silence and tribute to the three Aljazeera journalists who were sentenced to 7 years in jail by the Egyptian courts for terror-related charges. My heart goes to the parents of award-winning Australian journo Peter Greste, whose plight was highlighted during prime time BBC news this morning, as well as to the parents of Greste´s colleages Egyptian-Canadian Mohamad Fahmy and Egyptian Baher Mohamed. In the name of Press freedom, I hope the Egyptian government would intervene in the Court decision, with a view of letting these journalists go, even though it would be wrong for the Executive to interfere with the country´s Judiciary.

However, as a journalist, too, I must apologize for the crimes that have committed daily by reporters, editors and publishers. xx is right, journalism isn´t a cirme but we journalists aren´t angels, let me tell yoiu.

The latest is the very sensational phone hacking scandal involving top-ranking journalists at the now-defunct News of The World owned by Australian media baron Rupert Murdoch. Former News of the World editor Andrew Coulson.(pic) has been found guilty of knowingly allowed the newspaper to eavesdrop on voice mails of not just politicans and celebrities, but also victims of crime as part of its modus operandi to obtain sensational headlines to boost sales and advertisement revenues. [Get the scandal´s timeline h e r e].

Do we ask David Cameron to intervene in the judgement meted out by a British Court against one of its journalists?