Bumi-no-quality analyst says "I was out of the country ..."

Why he took his time to clarify his Bumiputera-no-quality statement, according to Lim Mah Hui: 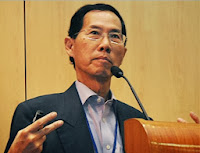 "I was out of the country when the article appeared in early October and it was only brought to my attention on October 17 after my return. I immediately contacted the journalist to correct the misunderstanding ..."

The article was published by The Malaysian Insider On Oct 2 (see screenshots below). Lim's quotes offended a lot of Malays and Bumiputeras - from the PKR Wanita Chief who accused Lim of stereotyping to former PM Dr Mahathir - and Lim's best, belated response is his office in Kuala Lumpur only informed him of the bad, bad press back home only when he came back!?

Weird or not, I'd expected more from Lim and his think-tank. This I'm-out-of-the-fucking-country excuse is so lame, No different from the traffic-jam excuse that people give when they are late for an appointment. You call that quailty, ah, Mr Lim?


Screenshots of the original article: 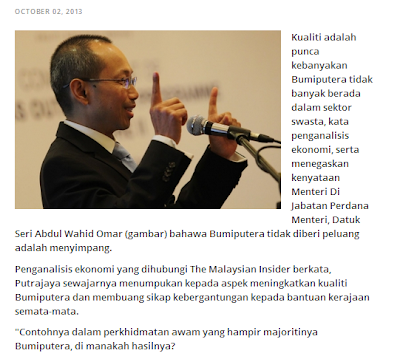 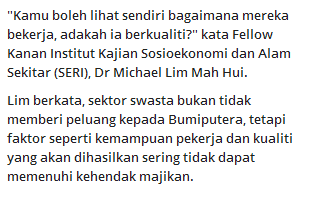