In Malaysia, sloppy trade unions don't get busted ... they get voted out! 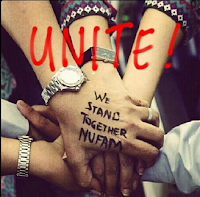 Malaysia Airlines flight attendants ditch in-house union for new national body. Trade unionists used to be a militant lot. The predecessor to the MAS Employees Union (Maseu) used to be feared by both the airline and the Government: when it staged the infamous airline strike in the late 70s, the Hussein Onn administration had to bring the issue to the Dewan Rakyat for a resolution. One labour correspondent recalled the famous last words of the union boss Mohamed Hahi Hussein then: "We want peace in one piece, not in pieces".

Today, Maseu isn't what it used to be. Or the employees are the militant ones, harder to please. In an unprecedented referendum by way of secret balloting organized by the Ministry of Human Resources last week, flight attendants with the national airline voted to find out if the majority wanted Maseu or a newly-registered National Union of Flight Attendants Malaysia or Nufam. The outcome had been expected: they voted out Maseu. (Note: Official results aren't out yet but do read the Mole's report h e r e).

Maseu officials have started to blame everyone (except themselves, of course). They are particularly sore with the management for adopting a "neutral" position. They felt that the Board, the CEO and the top management should have openly thrown their support for Maseu. In the middle of the secret balloting last week, the union called for a press conference and urged the Government to replace the airline's management!

Meanwhile, in the banking sector, a national union is back-pedalling against a small
in-house body. At Maybank, the country's largest commercial bank, employees are rejecting the national union in favour of a tighter, in-house outfit. The National Union of Bank Employees (NUBE), one of the richest trade unions before a series of self-inflicted financial crises of the 90s, is reacting badly to the reception given by the management towards the in-house union. Same sob story: the union accuses the management of the bank of trying to put it out of business and even blame the Minister for their predicament. At the recent general election, a group of trade unionists reportedly took to campaigning against the then Human Resources Minister in his constituency in the hope that he'd lose his seat!

expect the oppistion members in the unwanted unions come out with conspiracy theories and democrazy solution to save themselves.

Ah, at least this distraction can allow decision makers to swing away the focus on the continued losses by the company and pull wool over the eyes of shareholders who are asked to part with their money for the rights issue.

CIMB will makes its dough, whatever, and the extravagance continues with unaudited spendings on travel, entertainment, event launches, etc.

What has it achieved?

Where was it when MAS was racking up loss after loss and going cap-in-hand to the government for bailouts?

Why wasn't it pushing for transparency and meritocracy in MAS's hiring and promotions policies, instead of making the airline a poster child for social agendas?

Why is it clinging to a belief in "iron rice bowls" when the realities of the global aviation industry are staring them in the face?

Nope, all they are good for is carping and caterwauling.

I think union represented workers and their main function is to ensure the well being of their members.All facilities due to them such as medical benefit,good working condition, must be given to them as per collective agreement.
To remove the management as in the case of MAS is certainly a serious matter especially MAS is trying to bring itself into the route of profitablity. The continued loss is certainly the most important challenges facing the management team.
Unless and until MAS overcome their fundamental problem of overcoming losses, the union should help the management.Not playing a blaming game.A lot of tax payer money has been used albeit through Khazanah. We need to put our house in order if we were to survive.

Rocky..do u know nufam is bullshits? why not get to know them better and use your best judgement? nufam is about lying to gain more members and money collection. they are so dumb how would they represent me and my colleague in mas? they talked only for 12 years via mafaa. nufam members are almost all delinquents selling cygies in london.

mr. safiai..union will help the management if they dun betray the union. the middle management wanted to kill the union for outsourcing opportunity..u r clever figure it out!

18 years with MAS. little by little benefits taken away. Maseu never consults us on negotiations, just announce whatever they have agreed with MAS. Untried & untested NUFAM might be, but we the crew know all of them personally, their house address, their phone numbers... we wont be sold out by our own crewmembers. Enuff is enuff!! it definitely cannot get any worse with NUFAM, only better. we are not asking for much, just to be renumerated according to our status as "worlds best cabin crew" 7times btw. FYI, my take home pay is only 25% more than what it was in 1995.

Sheer ignorance is the wor that some members are denying the rights of the majority.

Whose side are these people with? They should be ashamed for supporting Maseu as deep inside they know these people are roques and cowards!

Enuf said - the majority have chosed NUFAM as their sole Cabin Crew representatives - so MASEU peddlars - move on as your days are numbered!

Maseu is crap. Nuff said. Allthe shit they put us through without discussing or consulting the crewmembers? They had their chances of improving yet they did nothing but worsen the welfare of crew members.

Rocky, where is ur research on MASEU's work? And have you background check NUFAM leaders? FYI, nufam is about helping TF to disturb MAS via control of MAS cabin crew. Please open up your wise judgement. I didn't know you are also that gullible and obviously too dumb to fall for NUFAM's lies. MAS crew will lose more than gaining. Can a new union or a national union proves it can get a higher salary? NUFAM leaders are living in luxury lifestyle. What can it tell u? They're all delinquents and if u are MAS, do u want to employ delinquents? You're too dumb as a blogger. That you will proven to your readers. LOL #FACT