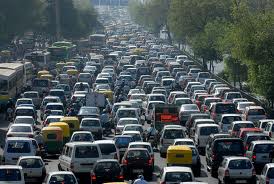 Pas original manifesto was theocracy but has now been changed to welfare state...no longer original

U people must be short sighted if the two manifestos look the same.

Not only the field is changing but players, teams and coaches are constantly changing as well! How are that all achievable? We are in Bolehland, nothing impossible. See below.

In order to take over Umno's political responsibility, Pas has no other alternative other than to continue with Umno's strategy, planning and implementation . Don't they?

Same thing to Dap, if they want to take over Mca political responsibility, Dap have to transform itself to resemble Mca closely and to a point where the annual dinner they organise should serve more lobster than the one serve on the Mca tables.

Is not the problem with your Manifesto Latuk fool, the problem is BN failed on the implementation where as PR has proven they could implement much better in Selangor and Penang.

That PR Airmanifesto was solely made-up by our Rear Admiral and his goons without the slightest input from either PAS or DAP.

The Rear Admiral is a very stupid economic adviser to Selangor state government. If he is not, PR would surely have appointed him with the same job in Kelantan, Kedah & Selangor.

But nobody can deny that he is best in bonking young and lovely men and women.

Cheaper car, cheaper gas fuel, copycat or not, those people have said before they are not going to honour what they pledge. Manifesto is not a promise. At the end of the day, does it really matter?

U mean the implementation and regulation of the massage parlor?

1. Pasbull will make all mosques built by Umnu prosperous and karaoke friendly.

2. Dapcow will turn all cronies prosperous and full of fats.

4. Umnono will make Mca prosperous without having had to increase competitiveness.

5. Mca will not have any body else to lift into prosperity but itself.

no water and rubbish scatter in subang and pj make a better place for rats to reside in selangor and in penang look what happens affordable homes are build , my foot.. PR is penipu rakyat.. your eyes are clearly blind and your nasal is congest.. that's why you can't smell...

I like how everytime Rocky quotes a 'pakar', the name always remains mysterious.

Why don't you name your so-called experts so we can check his credentials?

Surely, you're not making this up to please your political masters. Right?

It certainly does not make any sense to allow corrupted UMNO BN to continue to be in power after 50years of ruling.

The original UMNO is definitely different from the corrupted UMNO nowadays.

BN manifesto up your arse. BN's manifesto are meant to blind malaysians with empty promises. Look at Penang & Selangor the past 4 years with UMNO corrupted practices, it will soon mact up with Singapore. eat your heart out, BN the arse holes.

it is a grave mistake to suggest PR is better than Umnu when the current head honcho of PR is the Umnu's Trojan Horse.

I hope for 2 party system for check and balance.

So the incoming party can investigate and audit all corruption of the predecessor.

Can this happen in Malaysia?

Cheap Petrol is an opportunity to make easy dolar. How? Ha, ha...don't crack Ur head, bro... just imagine if the under the sea tunnel is to be used to siphon black golds to somewhere... fuh! easy money

Go make a report. Dont follow blindly what anwar says. He was the most corrupted minister. Not everyone knows how rich his brothers are. Thanks to Anwar, the biggest liar in the country. Dont just swallow wholesale his rhetoric skills. Use your head.

dap clean? pkr clean? they are worst than umno if you know the real story.
why do you think they want putrajaya so much? justice? my foot!!!

If you want all cheap and free go live in the jungle.

In the end, whoever gets better popularity has the chance to win. Battle of the machines has just begun for PRU13.

Follow and monitor the social exposure intensity through http://malaysiaindicator.com/monitor/rise_of_the_machines :)

The biggest swindler is now your Field Marshall.

You are the arse hole here.

The playing field is not level just yet.

5 May will be end of BN or end of pakatan?
sama sama menanti the SUPER SUNDAY!

or a possible hang parliament?

Hang parliament means a unity government or another election?

Implement what? Nothing is change at my place. PR do nothing. Frm SS5...Kelana Jaya. Show me What? they(PR) done. Nothing......

Heard that the Singapore government is giving 2 days off on May 3rd and 6th to malaysian chinese working in Singapore to return to Malaysias and vote plus offering petrol claims too.
And a big tycoon in Singpaore is also providing 7 buses to ferry malaysian chinese to Johor too!
With Kit Siang going to Gelang Patah...it makes me wonder if PAP is working quietly to support DAP in Johor.
With Singapore investing heavily in Iskandar...makes me wonder....and with so many golf courses owned by singaporeans in Johor which makes it perfect for transport helicopters to land easily...again...makes me wonder.
as an exvat69er...1977 to 1993.... I am worried that Singapore is flexing its political muscle into Malaysia through DAP...

Be a Malaysian,think of yourself!!

think of yourself! If 50 years is not enough for you to think.....your next generation will sufferrrrrrr

we wasted so much of our petroleum money for stupid things like fuel subsidies. Unfortunately BOTH BN and Pakatan failed to come with cheap and almost free public trancport.
Only now we hear tunnel to cross into Penang BUT yet it should be ONLY as subway trains.
Similarly Tolled highways by Mahathir are the biggest mistake.
IF and only IF we go for public transport cars and petrols will not be the issue.