Oh, yes, before they accuse me of trying to bury this report quoting the Singapore Straits Times ... 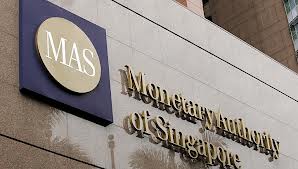 SINGAPORE: A controversial video alleging corruption on the part of the Sarawak Chief Minister and his family and claims that they hide their illicit gains in Singapore, drew a strong response from the Monetary Authority of Singapore, last night.

The Straits Times quoted the central bank as saying that a claim in the "sting video" that the Singapore Government withheld financial data from Malaysian authorities, was false.

It said Singapore has provided full information requested by Malaysia for tax purposes and the two countries have had a good working relationship on tax matters.

"The allegation is simply false," it said. "Contrary to what was claimed in the video, Singapore has to date provided information requested by Malaysia for tax purposes." - Bernama

And so that Malaysians know what they are up against, the Soros-funded Global Witness is based in Britain, our former colonial masters. Yep, the same people who took every inch of our land, sold our crops and mined our natural resources to enrich folks back home in the old Empire. Even after we had gained Independence, they were reluctant to give us back Guthrie (until we had to rob it back from them in 1981 through the Dawn Raid that involved Khalid Ibrahim, now Selangor MB) and Carcosa!

Global witness appear to aim their guns perpetually at selected developing countries in Africa, Latin America, West Asia and here in our region. The NGO seems particularly proud of its role in helping bring down Libya's Gaddafi in the Arab Spring uprising. Its interests are very transparent, indeed: the oil industries of Libya, Sudan and DR Congo, the forests of Peru, diamonds in Zimbabwe, and Taib Mahmud in Malaysia.

I don't think they were targeting Singapore, though, but well ... shit happens and now the Singapore government has reduced the Global Witness' efforts into just two words: "Simply false".
at March 24, 2013

I think UMNO pay soros and pay singapore too.
for that matter, UMNO has asked soros to "character assisinate" taib so that PKR can win in Sarawak,
The cat that died in front of taib's house was a vodoo magic from UMNO.
anuwar accidentally put his dick in china doll, MR x, is also UMNO's doing.
The stupidity of nik aziz and retarded not to able to count CEC DAP member and liar and cheater of guan eng is another example of UMNO's doing.

Do you expect Singapore authorities to say anything else?
GW did a good job Now the whole world knows how corrupt Msia is Their videos are on on al jazeera hufington post

And we all know his strident views on Singapore and alleged money laundering.

Yet, up to now, he has chosen to remain silent.

One thing for sure, speculators just simply can not make more money in the above mention countries unless they dictate everything.

(Yep, the same people who took every inch of our land, sold our crops and mined our natural resources to enrich folks back home in the old Empire. Even after we had gained Independence, they were reluctant to give us back Guthrie (until we had to rob it back from them in 1981 through the Dawn Raid.)

You seem to remember the above very well.

But you choose to ignore what happened to the main workforce of the plantations that were slowly displaced from the lands when the government decided to convert the lands for commercial purposes.

Places of worship became illegal structures and Tamil schools were not rebuilt with the nationalization of the properties.

Why do you think HINDARF is crying foul?

When the authorities and politicians deserted the estate workforce, the ruling force cannot expect support that you are now trying to drum up for your paymasters.

Ha ha ... Anonymous 10:30 is constantly on the lookout for Warrior 231 of 4096, the bane of Singapore's existence and DAP's nightmare extra-ordinaire.

Here, we see him pre-empting Warrior 231, but in actuality, is a subliminal wish of him to ..."pleaaseee Warrior 231. Don't show up here just yet. Not when we and the slanderers supreme are at our lowest zenith".

Wow! I didn't know Warrioir 231 would make such a great impact --- on the balls of these dissenters.

Bill Chua, Trifling Jester and the sender(s) of six other Anon comments under this thread which I shall NOT published.

You guys seem/sound/read like regular commenters here but have somehow losing your cool. I do allow commenters to run amok (like Monsterball) but try to refrain from excessive racist remakrs.

The regulars here know I don't mind any commenter calling me names but let's not overdo it, okay guys. Do offer some views so that we all conteibute towarda a useful debate.

i dont wish other readers - here and on other blogs - to think think all Anon's are morons.

So if Singapore or Malaysia denies something they are "telling lies" and when the network of international media carry something which tarnishes Malaysia's name, that's "good."

While I don't hold Taib up as an angel and there perhaps is some truth in that video, still I question the political and economic motives of this Soros-backed organisation in releasing this video so close to the elections.

Modern imperialism, especially since the end of teh Cold War, uses the cover of "human rights," "democracy," etc to get rid of governments and heads of countries which stand in the way of their economic penetration into that country and access to its resources.

For example, if Aung San Syu Kyi were to come to power in Myanmar, with the help of the western paowers, I would not be al all surprised if she throws open Myanmmar's borders to western economic penetration and access to its rich resources.

OK! The people will have freedom, democracy, employment and so on, in a Myanmmar economy which is in the hands of foreign owners.

The China wall is in Putrajaya not Singapore. Singapore provide everything Malaysia asked but it is BN that selectively making use of what is available.

So the right thing to do is remove BN, bring in the new era of PR.

These NGO is sponsored by a rich fellow. Therefore is is within their means if they make use a face-off techy, doctored picture or dubbing process.

And these people won't stop trying, not until the developed world bows to them...probaly they will try harder next time.

Hindraf is a race base org which will not be acceptable among PR. You are wasting your time for backing such a movement LOL.

Those guys down south will sue the pants off anyone who pens or whispers a gossip even....but ain't it surprising this time they just merely denied and full stop.This is inconsistent with history and you fell for it Datuk.

Anyway, 231 has been amply discredited. His bête noire is still around and prospering.

Now, what was that about Malaysians porting their ill-gotten gains through tax havens and all? Including, shall we say, certain VIPs?

And it would be interesting to see exactly what "tax information" the Malaysian authorities requested from Singapore. Can the names of the involved parties be made public and put on the record?

Surely, there's nothing to hide. Is there?

Oh No...please lah, enough of this shooting the messenger and putting the blame on Anwar/Jews/Americans/Soros/Chinese/Indians/Sulus/Animals etc. Just look at the contents of the accusation and rebut them. Explain the wealth in your name/wife/relatives/friends etc. Summon the two cousins and two lawyers before parliament etc. Let them answer. If they are innocent they don't have anything to fear.

anon@9:13AM: people like you will believe anything...even the video that proves nothing ..simply the words of four people, including 2 whose wounds have not healed.

What is the proof?

You think Taib and family are corrupt, then give the proof.

Or , you ju8st cannot bear to see him rich..But it's ok if the China man is rich, aah?

So now , the China man also want to have power.

You think it is wrong? Not all land clearing is wrong...somtimes is it for a project that can generate the economny.

Of course, you use your head lah and assess.

Global Witness and the lot of foreign NGOs are targeting Sarawak simply because it is well administered, rich and well...has to be taken..

People like you, typical..swallow everything the orang putih tells you.

what are the allegations in the video? that you can have things done, that there is abuse.

singapore already denied. but of course people like you won't believe.

the allegations are made by an alvin and a Hee or Hoong and 2 cousins of Taib whose family have been after his blood.

it's their word. you can chose to believe. I would need more than the words of thse four people.

why don't they get civil servants or Taib's lackeys...even then, you'd still be suspicious.


But you all are the same people who will NOT belive the wrods of Anwar's former good buddies who have spilled the beans about him.


You all are a bunch of morons and not only that happy to beleive the likes of Global witnses that tells the wholwe world that YOUR COUNTRY is crappy and full of dirty politicians.

You can be critical of govt policies and dirty politicians (and prove it lah)...but to go down the same path as these anti-Malaysia NGOs...that makes you all people I should hunt and hate.

If we compare Mr Gates and Mr Sorosh, we will see the difference:

1. how they make money

2. how they spend for charity

Wow, for an UMNO blogger to repeat almost in support of Singapore's denial is incredible, don't you think? I suppose on this one even Tun Mahathir will be agreeing to Singapore's statement. But Singapore does hoard the plunder of plunderers from all over the world, especially Indonesia and Malaysia. Come to think of it, wonder if that is why Singapore was given its independence!!hmm...

If anything is false, its the headline to your story. Off course its done with one of your typical spins.

It was not GW who made the allegations about Spore, it was the clown of of a lawyer Alvin something. Dont take that little bit out of context and try to protect your political masters.The fact remains, the GW expose spoke tonnes about how matters relating to land are dealt with in Sarawak. I guess in your world, no allegation of corruption against your political masters have any credibility notwithstanding how credible they maybe.

Mr Sorosh spend the 'easy money' so that more money could be made. Make ur own judgement.

Old fart: Get that prejudice out of your crappy head-lah.

Your hatred for Umno is dimming you..

Here's a Malay article all Malays should read before the election.

From my banking sources in Singapore. They really do launder a lot of dirty money there. It's just a matter of having all the proper paperwork to make it all legit.

A large part of those money come from Indonesia, China and Malaysia.

At least this part of GW accusation is quite true. How else do you think a small nation like Singapore could actually make so much money given it's huge lack of natural resources and small population?