Why don't they want us to watch this movie?

Watched the trailer? It's a film by Shuhaimi Baba, award-winning director, local movie industry's legend-in-the-making, credible, patriotic. After Tanda Putra, add brave and balls to her list of accolades.


Some say the movie's about events surrounding May 13, 1969, the bloody racial riots that have marked Malaysia's nationhood. Others say it is about the life and times of Tun Abdul Razak, the man who shaped Malaysia into a progressive developing nation, a great Prime Minister. Either way, I don't see why any one should want to stop it from being screened.

People are talking about it on Facebook h e r e. 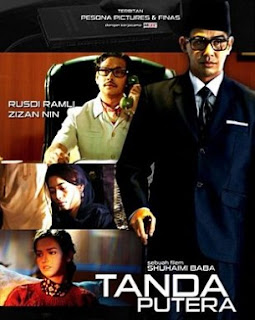 I missed the preview for the media the other day. Some reviews and discussions:

Show Tanda Putra by Seademon
Why Delay The Release ..? by A Voice
If It's Good, It Sells, by Big Dog
Official trailer by Dimensi
Sinopsis Tanda Putra by Anizyn