Najib's sincerity is showing, what about the rest of you? 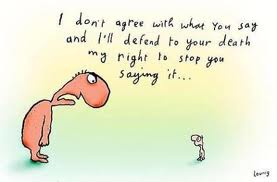 "They responded as robots would do, it's all so predictable. Whenever Najib makes a major announcement, Lim Kit Siang and several of his people would ask the government to show sincerity ... Well (with the proposed abolition of the Sedition Act), Najib has displayed his sincerity, indeed ..." - Chang Loong Yan

Nanyang Siangpau is not known for pro-Najib Razak reporting. None of the Chinese newspapers are. Reason? Simple: you sell more copies the harder you hit the government. This is true with most mainstream newspapers not just in Malaysia but everywhere else in the world.

But once in a while, you get a piece that goes against the grain, like this one (translated) Nanyang: Najib's sincerity coming through, what about the Lims and Karpal?

The writer is critical of the Opposition leaders who oppose for the sake of opposing even when what the PM is doing is obviously sincere and in the interest of the country. The writer is referring specifically to the National Harmony Act which Najib said will replace the Sedition Act. But Lim & Lim and Karpal aren't the only ones who are slow in admitting something good that comes out of our opponents' doing. Many of us find that to condemn is easier.
at July 25, 2012