Updated: "It's routine," Ismail Sabri tells a blogger. The Mole has the story here.


Original posting:
"This is vendetta ..." The Hari Koperasi Negara 2012's fiasco - if you can even call it that - is nearly two weeks old but the Domestic Trade, Cooperatives and Consumerism Minister's fury rages on this holy month of Ramadhan. I was told that Ismail Sabri Yaacob is so enraged by the flop of the  13-15 July event at the National Stadium Bukit Jalil officiated by the Prime Minister that he has recommended the sacking of both the Cooperative Commission of Malaysia Executive Chairman and Deputy Executive Chairman.

"It's crazy. This is vendetta. This kind of injustice will not go down well with the civil servants," a senior cooperative individual told me.

At the Cabinet last week, Ismail was said to have apologized to PM Najib Razak on behalf of the "bungling civil servants" and promised to take action. I'm not sure if the PM would agree with his Minister's tactics if he knew, though. 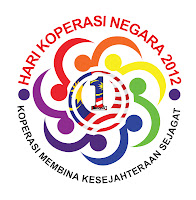 24-hour transfer for four state directors. I've been told that: "Thus far, 5 Directors of the  have been transferred within 24 hours on 16 July 2012 and several more will be following suit as a result of the current investigation set up by the Controlling Officer (the Ministry's secretary-general). The The Cooperative Commission's State Directors affected in the 24-hour transfer orders are from Kedah, Pahang, Terengganu and Negeri Sembilan while one Director of a Division from the HQ has also been moved out. Altogether, 5 Directors have been transferred within 24 hours without the opportunity to make a presentation of their innocence. It is also believed that the Executive Chairman and the Deputy Executive Chairman were also recommended to be terminated of their appointment with immediate effect or reduction of salary (potong gaji) upon the finalisation of the current investigation by the Ministry's Special task Force."
at July 25, 2012