Altantuya never set foot in France, did not speak French 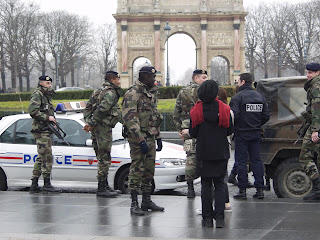 So, were the French police lying? If Suaram was hoping to revive the ghost of Altantuya through the Scorpene "trial" in France, in the hope that it could help Anwar Ibrahim's tar Prime Minister Najib Razak at the next general election, it's not happening as planned. Read the Free Malaysia Today's report French Probe: Altantuya Never Entered France (June 25). Not only had Altantuya never set foot in France as alleged by Suaram. the murdered Mongolian also did not speak a word of French and could not have been the interpreter in the deal, or so the French cops say.


This new discovery has sent the anti-Najib operatives working overtime. Despite the (French) police findings, Susan Loone insists that there were pictures of Altantuya in France, that she had been shown those pictures, and that Altantuya had therefore been in France at one time in her life, preferably with Razak. Malaysiakini dutifully features her article: Photos show that Altantuya was in France.


The rush to reassure the gullible is not confined to the local choir. Asia Sentinel has come out with yet another exclusive (Deep and Dirty: Malaysia's Submarine Scandal) based on secret documents allegedly sent to the portal's HK office "via a circuitous route that took them to Brussels, Belgium; Lagos, Nigeria; Brazzaville, Congo; Libreville, Gabon; then to Leipzig, Germany and finally to Hong Kong" [phew!] in an attempt to plug the leak in the whole story. Asia Sentinel also insists that Altantuya had been to France.