No need for the jitters, Rais 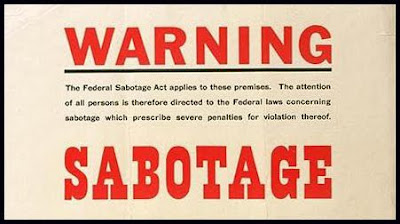 Someone high up at the Information Ministry is feeling jittery following a special Cabinet briefing of Feb 22. He is pitting the PM's aides against one of his Ministers. He sees an opportunity to bring the might of blogosphere against Najib Razak.

In Malay, it's called "menangguk di air keruh". In my broken French, it means that someone is trying to screw two people's backs at the same time: yours and mine! They want us to believe that 1. the Special Briefing to Cabinet belittled bloggers, especially pro-Najib bloggers and 2. there is an attempt to "kill" Rais Yatim, the Minister, or at the very least embarrass him!

It is important to separate the facts of the Feb 22 meeting and the fallacies. The facts remain that the special briefing to the Cabinet, which was chaired by the PM, did not concern blogs at all. Not the pro-Umno blogs nor the pro-Pakatan blogs. The allegation that the officers who briefed the Cabinet had belittled the role of blogs and demeaned the bloggers, therefore, is hogwash. The special officers of the PM who did the briefing did not single out bloggers. They did not mention Che Det or Anwar Ibrahim, Papagomo or Parpukari, Big Dog or Big Cat, Bru or Bujai. The morning after I picked up Bujai's first posting on this matter last week, I did my own asking around to establish fact from fiction. I quickly updated my posting with a correction/explanation Much Ado, Indeed.

But then, hehe, Bujai also declares that:

Rais Yatim is perhaps the best minister when it comes to engaging new media personnel. I am not sure how many but they are really helping the ministry and the government in their 'psy-war' against the Opposition.

The Special Briefing was focused on the social media and how the Ministries can improve their approach and strategies. It was an experience-sharing session. The briefing drew heavily on the experiences of the PM himself, whose Facebook is one of the most-followed in the country.

Another part of the briefing explored the effectiveness of the websites run by the various Ministries. Some statistics were used to show traffic numbers and growth. I think this is the part that brought about the jitters to someone at the Information Ministry, perhaps someone in the KSU's office or even in the Minister's office! As part of the briefing, comparisons were made involving the websites run by the official media under the Ministry (RTM and the various radio stations) and those run by private media organisations such as Media Prima and Astro which boast of traffics in the heady seven-digit and the high six-digit zones.

Remember, this was to be an information/experience-sharing session. The point of the session was to emphasize the importance of the Internet and the social media, not the other way round. There was no award given to any minister for engaging new media personnel well but the PM's aides did not run down any of the ministries or ministers, either. I am sure if Rais Yatim had disagreed with some of the findings of the briefing, he would have said so at the meeting. The guy is not known for mincing words!

I suspect that someone is doing the "menangguk di air keruh" here. To save his own ass, he has created a diversion and accused the PM adviser of trying to demonize Rais Yatim. And then he tries to pit bloggers who are supportive of the government against Prime Minister Najib Razak, hoping perhaps for a repeat of 2008.

Well done Rocky for clarifying fact from fallacy. I knows this Bujai chap never liked him and probably never will but he must not be a paid mercernary, or he appears to be one!

The relevance of it all?

Don't be a Batu Api and create a rift between Rais and the PM....

You are just plain Baaddddd

I don't know about you, but looking from my perspective as a rakyat and not close to UMNO/BN/PKR, all i see is a Weak PM for not taking things into control and leave his ministers to do basically anything they want. and also, a very opportunistic DPM..

of course, the same can be said to any politicians on both divide.. but a PM who cannot rule (in other words, provide solutions) is not acceptable..

Anwar has his baggage as well.. so he is also unacceptable. we need fresh new faces, not dinosaurs who grew fat off the rakyat!

Bab yang saya "personally hated him" tu tak berapa tepat. I only hated the fact that he thought he could bully his way and lodge police reports and sue bloggers into submission. As the minister in charge of the new and social media, that was not the way to go.

People tell me he's a little friendly towards cyberspace now. Better late than never but you won't see me patting him on his back and giving him awards for that.

i think we have to look at the professional heads of the ministries. They are supposed to be executing policies and supposed to be good sounding boards to politicians who sometimes are just ,kata orang 'blur' tapi forever trying to play the oracle role.
Gomen servants being pushed up to the top banana post,i.e the KSU 's & the DG's sometimes fail miserably because they proved right the fact that they are promoted to a level where they become incompetent.
Just look at how the PPSMI got shoved into waste management. Even Dr.M is not convinced of the reasons powerpointed by those education ministries yang pandai-pandai :-() ..bukan yang pandai.
Just look at the gomen websites - lots of bells and whistles -and cobwebs !.Outdated and certainly not user friendly.
So if the ministries have to be kicked on the backside to jumpstart their cyber capabilities & responsibilities and depend less on mercenary bloggers then just kick the backsides of those Gatekeepers..

Sometimes Rocky does put out nice posting like this.
Most of the time...it's anti PR.

Rocky,maybe the reason why the pro Umno blogs were not mentioned at the special cabinet meeting was because of their ineffectiveness and thus was deemed irrelevant.Don't you think so?

RB, just in time and a most welcomed posting.You have proven again that bloggers are not brainless & blinded by ego and self persecution syndrome la.

Blogger yg bertanggung jawab will check all their sources not just one side- the one offered to them. It looks suspicious and smells of favours being exchanged for posting.Hope not la, just a suspicion on some , not all . Mighty stunning to suddenly see some bloggers 'gostan' on their brave new world views to suddenly write with tails betwen their legs.

What la..Bloggers accuse 'dap- pkr- past' with siege mentality n will gang up, surround anyone who attack them , even if true, with 'fire at will' orders. Bloggers also doing the same with this PM adviser issue, ganging up, attacking him without bothering to check their sources. Nampak sangat senang saja nak cucuk some bloggers oleh orang yg nak jaga kuasa mereka.

The truth is (the PM himself have to address this) when senior govt leaders in ministry get caught not doing their work - they know minister will sembur them - they will first blame all around them - with cerita that 'these people want to bring minister down, these people are being paid by someone to make minister look bad to PM, these people are trying to bring ministry down to show minister cannot do work..." the fall guy maybe 1 0r 2 govt officers. You will not know who 'these people ' r. But the big scapegoat they will be gunning for will b someone who reveal these senior gomen people r incompetent outdated and unfit to lead.Failure of ministers also thanks to them for being too scared too be truthful.

In this case PM's adviser is the sitting duck , the perfect scapegoat.Kill 2 birds with one stone. Get rid of this guy who shows off he can do better while hitting at PM for allowing this big mouth adviser ' make us look incompetent'. Konon nya 'Protect' the minister at all cost. Actually there r other things at stake.

PM adviser is a novice compared to them. They r experts 'coverliners'. The govt have put them in 'untouchble ' & dangerous positions. Worse when at their disposal r bloggers & cyberworld handymen.

Yet on the ground their officers suffer trying to get to the root of face face contact with rakyat . Not enough training and up to date info to give them confidence when faced with pro opposition sentiment from public. Officers dunno how to 'fight' lies & gangster aggression used by opposition.They ask their big bosses. Big bosses also dunno.

Take a look at govt media, agencies online sites. U dont need PM adviser to tell u why cyber public & young people turn away from it.
You would think they would ask for help. No la they will defend it & say its all hunky dory.

If BN controls the "traditional media", then why should they fear the bloggerati?

Push comes to shove, they have the "conservative heartlanders" to fall back on.

Unless this latter group is no longer seduced by "rights and privileges" and recognises the need for everyone to have a "fair go".

That would be a political tsunami for the BN?