Minority Report: How Najib's Pahang will fare in PRU13 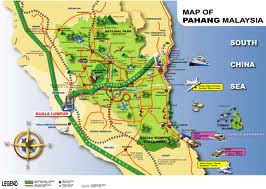 No walk in the park. Nanyang Siangpau says while the ruling Barisan Nasional will still take Pahang, which is PM Najib Razak's home state, during the 13th General Election, it won't be a walk in the park. And that's because the Chinese voters are set on giving their votes to the Opposition. Of all the Chinese-majority areas, only Bentong, which is held by MCA's Liow Tiong Lai, is expected to remain in BN's grip. And Nanyang's writer seems to think that the rare earth issue is going to cost BN more votes.

BN controls 38 of the 42 Parliamentary seats in Pahang.

Read Nanyang's report on the Future of Najib's home state.
at January 30, 2012