Proofiness is the dark art of mathematical deception. 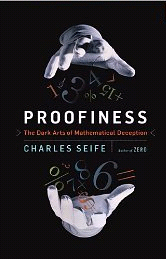 In other words, How to lie with statistics.


And SatD finds the word apt for a certain Chief Minister who has been getting curious rave reviews in the pages of selected foreign mags and wires, the latest of which being Bloomberg. In his latest posting, which is painstakingly researched as usual, SatD says numbers speak out the truth if you allow them: under Lim Guan Eng, for example, Penang grew only 1.7 per cent between 2008 and 2010. Which means Perlis actually did better than Penang. Which also means that Penang's GDP growth was actually better only than Terengganu and Kedah.

I am sure Lim Guan Eng and Bloomberg will want to counter SatD's piece The Proofiness of Lim Guan Beng.

Well, they should respond fast before this idea gets viral. Already the Big Cat has pounced on the opportunity to question today's journalistic objectivity and professionalism in Bloomberg's crap and SatD.