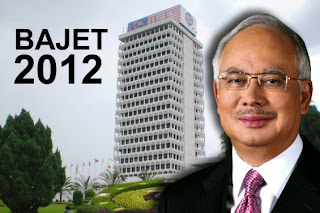 One for the rural? Rural Malaysia, of course, isn't what it used to be. With the exception of the true "pedalamans" of Sabah and Sarawak, most desa in Malaysia are accessible and even wi-fied. Still, the urban-rural gap continues to widen and this is one of the areas the PM has been trying to address. It will help narrow the income gap, a major focus under the New Economic Model that Najib introduced not long after becoming PM.

The Bajet he will table this Friday - the last before PRU13, or so Bernama speculates - is expected to be friendly to the rural folks and the lower-income groups. And we are not talking about the usual annual handouts, such as pay increase for civil servants or more subsidies, but measures to help them deal with inflation and other consequences of a growing economy. More importantly, we could see new and radical initiatives aimed at improving the economy and living standards of the desa folks, including even better access to legal services (since even the rural folks are becoming quite litigious, eg the suits by the Felda folks).

Talk about Felda, this hugely successful social engineering economic project that's been instrumental in elevating the status of generations of desa folks throughout the country, there are whispers of something special for them in this Bajet, part of the effort to bring them into the mainstream of Malaysia's economic development.

Could this be an election budget?

It could well be. Especially if you consider that the current Parliament session that starts today will also deal with the death of a couple of archaic and draconian laws, a prelude to the repeal of the Internal Security Act in March next year. Personally, however, I would like to see Najib serve his full term and set the precedent for every future government to complete its five-year term before calling for a general election. The "snap" election business is as archaic as the ISA; we elect a government to work for five years and they should not be allowed to "resign" and seek re-election before their term is up!
at October 03, 2011