IGP Musa Hassan to retire after 41 years with PDRM 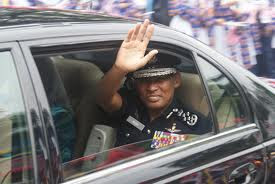 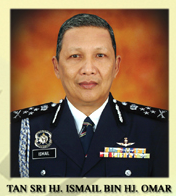 Tan Sri Ismail Omar  (pic, right) will have a tough act to follow. In his 4 years as IGP, Musa Hassan has set the template for the rebranding of the PDRM. He's had to battle not just corruption within the force but also growing contempt from politicians - both in the government and the opposition - and a pressing need to improve the lot of the policemen. Musa remains an unpopular individual to some politicians but to the cops, especially at the grassroots level, he is a hero respected and loved.

To the rakyat, an IGP is measured by his track record of fighting crime and making their environment a safer place. And to Musa's credit, the crime rate has dipped tremendously, especially in the last one year. One of the highlights during Musa Hassan's tenure as IGP is the capture of Mas Selamat, the alleged terrorist who escaped Singapore's inescapable prison. Mas

Selamat was planning an attack against targets in Singapore from his hideout in Johor when Musa's men arrested him. Johor, of course, was where Musa made his name as a CPO earlier this decade, during which he launched a massive crackdown on crime, especially gangsterism and made-for-Singapore vices in and around JB.

Ismail will be assisted by Hussin Ismail (pic, left), who'll filled the position as Deputy IGP.

MUSA HASSAN; NEVER BEFORE SO MANY OWED TO SO FEW by Big Dog
at September 01, 2010