Part ll of Sime Darby's Zubir, his friend Azeez, and a woman from Xinjiang 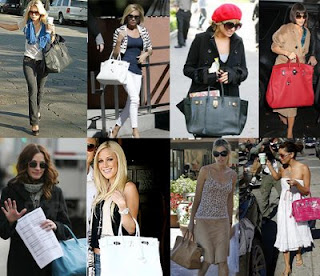 Sime's Uighur woman with the Birkin bag. The stunner from Xinjiang was hired as an employee with Sime Darby's Human Resources department but that, it soon turned out, was just a cover. After a while she ceased coming to the office. There were stories told that she's holed up in a 22nd floor penthouse in the heart of the city. Now and then when she makes an appearance, she'd make an impact. Even without her Birkin bag, the kind that Hollywood celebs love to be seen with, she would have been a draw at any party.

During our meeting with Musa Hitam last Friday to talk about Sime Darby board's fall-out with its Group Chief Executive Ahmad Zubir Mursyid, the woman from Xinjiang was not discussed. I can't imagine Musa not knowing about her by then. The Sime Darby chairman was probably either too embarrassed to bring the subject up or he simply didn't wish to go into someone's personal life.

In any case, I found out later that Azeeez the PM's-name-dropper benefitted directly from at least one project as one fine day Zubir told some of his staff, "PM wants us to help Azeez's company". This, my source assured me, the old Sime Darby had never done. But the boss wanted it done, so the kulis had to carry out his orders. They met Azeez to discuss value proposition, something Azeez obviously never heard of. "Eh, I know your boss told you to award the job to my company, so just award lah". Or something like that. How much? Not so much ... RM2 million to RM3 million only.

Should the Malaysian Anti-Corruption Commission (MACC) decide to come into the picture, they will find out that there's more to the debacle than just the Qatar Petroleum and Bakun dam "cost overruns", and minor distractions like the woman from Xinjiang who has a thing for US$10,000 designer bags.

But the question is, what's the MACC waiting for?

... To be cont'd, in the light of Musa Hitam's offer to resign.
In the meantime, pls read this blogger's arguments on why directors Ahmad Sarji, Tajudin Ali, and Mohamad Sulaiman are the ones who should resign immediately, here.
at May 21, 2010