From Perth to Ottawa

Super rich Malaysians own some prized assets in Perth, Australia. Ananda Krishnan has an award-winning property, Rahim Ghouse (a former Anwar Ibrahim loyalist) Rahim Ghouse lives on a ranch, and the Badawi clan and friends' have palaces and dungeons there. 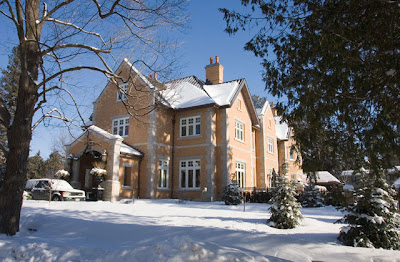 Owners are Sean Murray and Jamilah Taib. Taib? is that one of the Sarawak CM's family?

Just 2 words. Pek Moh. Also known as the Sarawak State Chief Minister. Go ask him for this story right from the horse mouth. No one knows better than him.
Change we need. Change we must.
malsia1206

Sarawak Chief Minister Taib Mahmud
30 years CORRUPT TO THE CORE REIGN has netted him and his family ENORMOUS WEALTH all on the back of hard working people of Sarawak.
Its so vomitting !
By controlling the Press,Police & machinery of Government they raped & continue to rape & steal the State Wealth.
The Crooks in Government must know the Rakyat will NO LONGER TOLERATE their deceits,lies and illegal stealing of the money & resources that belong to all Taxpayers & People of Sarawak & Malaysia .
REFORMASI !

rocky, wish you are more balanced. why mention this rahim? he is nothing compared to the daim's boys. wanna take a bet? loser pays for a bottle of single malt?

Bloody hell! No wonder I could'nt buy a property in Perth. Now I know who these blessed culprits that created the inflation that push the prices out of the reach of ordinary folks. I wonder, how Malaysian politicians can become super, super rich?
MACC what say you?

Wow. The house is more expensive than the one owned by Terry Matthews.
I used to work in one of Terry Matthew's many companies. He is a multi billionaire (In USD).

That means Taib's daughter and husband must have billion US dollars.

hmmm. Wonder where the money come from? Sarawak timbers?

how about mahathir and his clan properties? do u know where are those?

The perpetuation of BN has made this success possible for the CM's daughter.
Looks like what the peninsular MBs and CMs have earned is nothing compared to Sarawak's CM and family.

so why no mention of Najib's properties..??

we sure have plenty of our own little "marcoses" and "imeldas" running around the world with money
they stole from people of country.

What is your beef rocky? Just because someone high profile can afford to live in luxury, you need to publicise it. Join UMNO, you will get your share.

you forgot about mahathir relatives - as usual there is a bias in this report!!!

Just take a look at Tok Guru Nik Aziz's house,such a humble and a wonderfu man,who lives true to the teachings of his faith.So many non-muslims were afraid of him and PAS,but he has proven to be a real wonderfull human being.Believe me he cares for all malaysians regardless of race and religion,and he truly does what he preaches according to islam.How nice if only all our leaders were like him?BTW I am a hindu,and have always revered this man called Nik Aziz.May god always bless him.OM SHANTHI.

Now I understand why majority of the Sarawakians are so poor!

BTW OM SHANTHI means,'peace be upon all of us'

This house is only the second most expensive in Ottawa.
Pls continue to vote for BN and Taib govt in all election so that Sarawakian can proud of making Taib's daughter own the first most expensive house in Ottawa!

Don't look far lah. Here in Malaysia itself. Take a look at all ministers houses, especially from umno. You will be surprise how they afford to built those houses. Super rich.

Rahim Ghouse earn his living in Autralia. He did not abused tax payers money in Malysia and did not lundered rakyat money like others. So, why his name was mentioned here?. What this got to do with Malaysian politic and tax payers money?

U all should proud of it!

i will vote PAS anytime there is an election.

look at MB of Kelantan , just a simple house will do.

by the way i am a chinese malaysian, that is whi i have high respest for Nick Aziz.

Why all d way to Ottawa?

Just take a trip down to Damansara, Bangsar, Taman Tun, Kenny Hils et al and do a tally of famous names. Then to Oz and NZ where once 2M is reputed to have bought $30 million of properties.

Not to mention nos. 44- 66A, Mosman Bay, Perth which you highlighted before!!

Will Msian Assoc for Cows and Cars take action or wait to see if these are mere 'ethical' issues and the Taib's riches have vanished to Canada and beyond?
http://donplaypuks.blogspot.com

Those who have read the Sunday Star
(Sunday 22nd March F28,F29))surely would be able to have a deeper understanding of how serious the level of corruption in our country is.Way back in the 60s,the keeness and desire to become YB was not that great because most of them felt that to lead was a burden and failure would shame the reputation of the family.

My late father (a pensioner) was one of them who who refused the offer to become YB but after begging and pleading by the CM,my late father accepted but for one term only.To cut it short,after one term,my late father was in debt.Our brothers came together to settle his debts.At that time there was no pension for YB !

His advice to his children,"If you are not financially established, dont ever dream of becoming a politician."

Today is different and almost everybody perceives that politics is a lucrative career and probably the quickest way to become rich which has no boundary.Money politics was unheard of before but today people are even fighting for a 'ketua cawangan' post,let alone 'ketua bahagian'and above because it is what comes after being elected as one.

People are getting smarter these days by browsing the internet,and one can get away from being charged for corruption by having proxies, even in the private sectors, GLCs etc etc etc. The fact remains that there is always a question mark as to how a person or family members can build up so much wealth.Chatting at warong and coffee shops,a lot of people say that if ill gotten gains can be retrieved, Malaysia can settle all our foreign debts with a surplus for distribution to the poor.

DSN and MACC have a tough task ahead and I pray that they will succeed to put back Malaysia as one clean and respected nation.

I am with UMNO and end up in UMNO, so are my family members to continue with my father's legacy.

once upon a time my kid asked me why all the ex-ministers,ministers,mentri besars all so rich-live big big bungalows ,drive big cars ,sleek sports cars, family holiday overseas always, with a pay of less than RM50,000 pm? Arithmatically,it doesnt tally.Until today I still have no answer to that question.

Your final training to be fully accepted into the dark side -

Go take pictures of Robert Rubin's mansion and then post it here to say that it belongs to Anwar's friend.

When your eyes are closed to all these, then your conversion to the dark side will be complete.

The ONLY way to rid our country of uncontrollable corruption is to get PAS to govern and kick out UMNO and their running dogs,maids etc...bcos PAS places God first.

It is a mother of all ironies that this house was built in Canada. The Canadian official definition of AID is " Money taken from the poor people of rich countries and given to the rich people of poor countries" Now we have credence to that definition and this will make the Canadians to be disinclined to give us any form of AID. AIDS Man

why dont we also discuss about anwar's house? where he's got the money to build such an extravagant house at bkt segambut in the first place? being in jail for almost 6 years. how do his family survived living in the plush neighbourhood of bukit damansara during those years?
cant we ask him, where he gets all the money? cant we ask him to openly declare his assets and how he got em?

Why do some people keep admiring those who choose to stay in humble huts? What kind of progress mentality is that? We should all be looking up to those who know how to live it up. Only then can we progress. No wonder Malaysia still so backward.

You forgot about the Mahathir son's waterfront mansion in West Vancouver. here is a story from The Province newspaper.


The West Vancouver home targeted in a $600,000 break-and-enter be-longs to the son of a former Malaysian prime minister and a relative of one of the world's richest men.

Mirzan is married to Jane Mahathir, a relative of Liem Sioe Liong (a.k.a. Sudono Salim), who is one of the richest men in Asia -- and the world -- and was a close friend and business associate of ex-Indonesian president Suharto, the dictator who ruled that country from 1967 to '98.

Liong is the founder of the hugely successful Salim Group, which has business interests ranging from food and cement to trading and transport.

Police say whoever robbed the Mahathirs' 7,700-square-foot, waterfront home got away with about $600,000 in merchandise and used the couple's $90,000 SUV to haul the goods away.

Police say the robbery happened some time between midnight Oct. 25 and 2 p.m. Nov. 1 while the owner was out of town.

It was one of 40 break-and-enters in West Vancouver since Sept. 1, with more than 20 of those in the wealthy area near Horseshoe Bay.

A woman driving from the house in a Porsche Cayenne SUV on Wednesday night said it appeared the thieves stole items that could be quickly sold. She identified the coats as hers and said the caretaker of the home was away at the time of the robbery.

The theft left her shaken.

Neighbours on the quiet cul-de-sac near Whytecliff Park say news of the robbery came as a surprise, especially because most, if not all, homes on the street are very secure with remote-control gates and other features to keep people out.

Why no mention about yr bosses mansion(det & najib?)

I can accept when Malaysia Today or Harakah publishes this kind of "who own what properties" because it is well known that they are against Najib & BN.

Bro, if you are against Anwar & Pak Lah, just say it loud here la..

All great leaders like Mahathir, Nik Aziz, Karpal, but not Anwar are sincere to their perjuangan. But it was spoiled by their son,daughter,son/daughter in law,relative and follower who is too greedy to grab the opportunity to become rich by the name of this leaders.-hattasan

Why must we be negative about Taib Mahmud daughter for purchasing the house. She is not married to an idiot but what i heard her husband and father in-laws are an arhitects and they are also a property developer.They must have made their money from real estates. We see a lot of people get rich from real estate in the west.

In 1997, fliers of his billion ringgit swiss svg acc were widely spread. Taib Mahmud's wealth was estimated around RM20 billion that time.

I wont be surprised if he's in the top 50 world's richest.

power corrupts....very few r sincere anymore. theyr all in it 4 the money... pas/dap/pkr...whatever, if they get the power.... will also become corrupt..... answer this... after najib...who will lead?