Posting from Gaza: "Only the dead are safe in Gaza"

A Nation In Distress. The deadliest assault on Palestine by Israeli forces. So far, over 300 dead bodies and a thousand maimed ones. Tel Aviv has recalled 6500 Israeli's reserved forces and their tanks are rolling in.
And against all odds, there are still blog posts coming out of Gaza ... 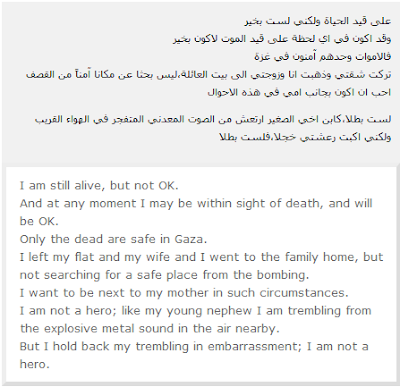 Read other posts from Gaza here.
What a bloody start to the new year, Nuraina writes in her posting here. Matthias Chang exposes the real traitors to the Palestinian struggle here.