Malaysian a Fab in British-Columbia 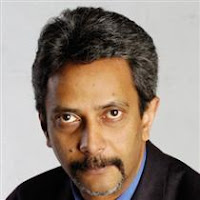 Fabian Dawson. NST oldies will remember their former colleague who left for Canada two decades ago. Fabian is in this year's The Vancouver Sun's 100 South Asians who are making a difference in B.C.

what this got to do with the price of egg?

if inflation too high, malaysia becomes unlivable, there are
always opportunities overseas lo.
can do even better there. this has a lot to do with the price of egg bodoi.

This is good we have an automatic correctionn system here.
On another note it is gladdenning to know of our Malaysian brother's success in BC.
Vanakam.

haha....looks similar to Dr House from the photo hehhe

Bro, sidestepping Fab's news after reading your MyCen News on Samy Vellu. Either this guy was behind the Hindraf 5 when they went to see the Queen or now he's trying to play the role of a saviour after condemning them before the GE! Dey, Samy! MIC is no longer relevant da. What do you think my Indian bros and friends. What's your verdict.

so is he the one ibrahim nor wants to bring to help revive the malay mail? ibrahim better call the oldies lah, like rocky, bala, ratan singh, etc

cutting-edge journalists and broadcast journalists like Fab left the country when the saw the writing on the wall. perhaps professional media-testicle carriers like "Datuk" Wong could keep his head above the crumbs that Barisan offers him to decipher what an objective newspaper is all about.

it was an utter disgrace to observe how low the Star newspaper went to play propaganda running dog for Umno and the Barisan Nasional. now he tries to give his readers a two-step jonny come lately with "its a new day for media crap".

like i have suggest to you and your regular readers Rocky, lets not delay adding another day to the "official" Tuesday bocycott of the "fallen" Star.

and "Datuk" Wong, call me for an interview to educate you on what the Star Shone like in the days of Tunku and Dr Tan Chee Koon. until then eat your Barisan crumbs and we may consider voting you for our next candidate for the editor with no kahunas....

Bro, Fabian left Malaysia 20 years ago because, as he put it:

“At that point, media in Malaysia was heavily influenced by political parties. It was frustrating for me,” he says. “There was a whole spate of police crackdowns on journalism.”

There was also some censorship involved, according to him.

this fella looks like some hero in tamil movies lah.

Catwoman says: It takes more guts and courage and principles to remain as a journalist in Malaysia. Warts and all, the Malaysian Press is more alive and kicking than in the comfort zone of Vancouver.
One tip for those journos who want to make it in the West. Choose any topic that satirizes and criticizes your race, culture, and religion.

Fabian left for Canada when journalism was in the dumps.

Now it has gone to the shit house in Malaysia with crap writing by both the NST and Star journalists, trained by Wong Chun Wai, Datuk Wong Sulong, Brenden and Kalimullah.

But when you have shit policies in place, with editors who were idiots, what else to do but leave.

So Fabian left for greener pastures in Canada and is doing well, just like thousands of others. Malaysian journalism loss is Canada's gain.

Datuk Wong Sulong,Kali and Brenden decided to stay in the shit houses of Umno (NST) and MCA (STAR) and create more shit, until they left and created another shit house of PR called Fox Communications - a so called outfit that gets jobs on a plattter - without any tenders!!!