Puchong, 16 Ramadan/May 9: While those guys up there are playing yet another episode of their ugly, filthy games of throne, the real folks down here are struggling to bring food to the table and keep a roof over their heads.

Unlike those up there, who don't have to worry about basic needs, the men in the street are losing their battle. Businesses are struggling to survive and when they are forced to shut, and more companies are being forced to shut, workers lose jobs.

And more folks will lose their livelihood if those political scumbags, to borrow lawyer-activist Matthias Chang's word, don't start caring for other than themselves. The Malaysian Employers Federation (MEF) says the country is looking at a 13 per cent unemployment rate as a result of Covid-19, the Movement Control Order (Phase 4 ending May 12), and the global economic fallout.

The Malaysian Institute of Economic Research says that's about 2.4 million Malaysians who can - and want to - work but will not have jobs! (As in February, according to our Department of Statistics, our unemployment rate was 3.3 per cent or around 525,000 people). 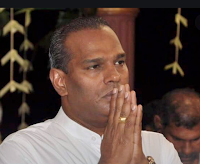 I hope Human Resources Minister M. Saravanan stays clear from the scumbags' ugly, and filthy games of thrones. Someone has to deal with the unprecedented unemployment mess. And, YB,  please don't pooh-pooh the MEF's numbers (or MIER's) like your predecessor did when he was in power (and when he wasn't sitting on the Human Resources Development Fund people to sue some poor journalists for reasons best known to himself and a particular advisor of his).

Like it or not, retrenchment is going to be part of this so-called, post-pandemic new normal.

The thing is, what do we do about it?


First and foremost, ensure that workers who are retrenched get fair compensation as provided for under the employment laws. That money will buy food on the table and roof over their heads and, yes, open up new opportunities for them. Provide the environment for every employee to re-skill, up-skill and be redeployed (and make sure the retrenched don't spend their retrenchment money unwisely). The HRDF was created for this purpose (not for suing journalists), with employers contributing 1 per cent of their wage bills for employee training, retraining and the sort of contingencies like the one we're facing now.

Start a retrenchment fund. And, like the MEF says, help businesses stay afloat. Handouts are welcomed, we're not shy to say. The current subsidies aren't going to cut it. The Federation of Malaysian Manufactures (FMM) says three-quarters of respondents in its survey feel that the wages subsidy given by the government isn't adequate to retain employees. Eight our of 10 of the companies surveyed say they will have to lay off at least 30 per cent of their workforce.

These past few months, I've seen hundreds of my fellow journalists lose their jobs. Most of them got their compensation and learned new craft (like driving Grab) to survive while some joined forces to start news portals (like Bebas News) to keep their passion for journalism alive. The saddest bit is when a publishing company has to fold permanently, as in the case of Blue Inc. which was for years the home of Malaysia's glossy magazines. That was an example of a total loss. I would rather companies lay off some workers (and fairly compensate them) in order for their business to survive the current challenges (with the remaining of the workforce) and to thrive (and to hire) again in the forseeeable future, as in the case of, perhaps, Media Prima.