After Bursa's Shireen, who's next?

#stayathome, 18 April: On March 8, I asked Will we see PH-style 'execution' of GLC leaders? The photograph I used for the posting is of Abdul Wahid Omar, the first good man from the Barisan Nasional era who had to make away after Pakatan Harapan came into power in May 2018. Almost all GLC bosses were removed or resigned in the months that ensued the 'Malaysia Baharu' euphoria. Many were discredited while some were even accused of mismanagement though nobody was ever charged in court for any crime.

Now, under Perikatan Nasional, the GLC bosses appointed by Pakatan Harapan are being removed one by one. Yesterday, nearly two years after he had to resign as the PNB chairman (and replaced by Zeti Akhtar Aziz, one of Dr Mahahtir's five Eminent Persons, who is still there, by the way), Abdul Wahid was officially appointed as chairman of Bursa Malaysia.

Reception to Wahid's return has been generally positive, but it's not without controversy. Shireen Ann Zaharah Muhiuddeen, the PH-appointed chairman, had been told to vacate her post over what the Securities Commission Malaysia called "governance issues".

What governance issues? And is Wahid the best person to lead the Bursa, asks Focus Three questions over Bursa chairperson change?
Malaysia in its latest editorial 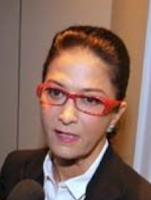 And why the hell is Shireen keeping quiet?

In this case, silence is not golden. Given the potentially defamatory remarks made against her, Shireen has to come out and defend herself, because she runs an asset management company, Corston-Smith Asset Management Sdn Bhd.
While she did resign as a director of the company, in compliance with CMSA requirements, she remained a controlling shareholder. Did she benefit from insider trading? We don’t know.
Also, she was supposed to be on the board of sovereign wealth fund Khazanah Nasional Bhd while holding onto her chairmanship at Bursa. Seemingly it was put on hold. Why?
Shireen has to come out publicly given her reputation for being a corporate governance expert and an activist investor.

People in the know doubt if Shireen would want to prolong the issue. After all the article itself has established at the onset the fact that replacing GLC bosses is normal as there is a new government. Also, a banker told me, she wouldn't want to risk forcing the SC's hand to tell all ...

As I see it, somewhere there lies the difference in the way Muhyiddin and his Minister of Finance have so far dealt with the need to put the right people in the GLCs. They don't go out of their way to cast aspersions on the individuals who had been put there by Dr Mahathir, Daim Zainuddin or Lim Guan Eng.

While it doesn't make the sackings and removals less brutal, they are being carried out more openly and professionally. Outgoing GLC leaders can, at the very least, leave feeling dignified.