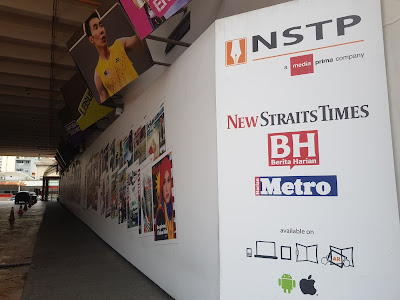 16 Dec 2019: A national tragedy Today, 543 journalists from NSTP will receive their termination letters as the group's newspapers - NST, Berita Harian and Metro - execute its biggest retrenchment exercise to date. Read 543 from NSTP to be axed in retrenchment exercise.  The number will be higher when we know later today how many broadcast journalists from these papers' sister companies under the Media Prima group will lose their jobs.  In the last year or so, some 3,000 journalists would have been displaced throughout the country as result of business closures or consolidation.

Easily one of the highest casualty numbers in the world, if not the highest.

Such tragic news makes the government's announcement that the Cabinet has agreed, in principle, to establish a Malaysian Media Council "to secure the future and safeguard the welfare of the media practitioners in the country" almost pointless, certainly insensitive, and even sinister, if you ask me.