Latest US court decision on Jho Low's Equanimity - What it really means, according to 3 Malaysian ex-Judges 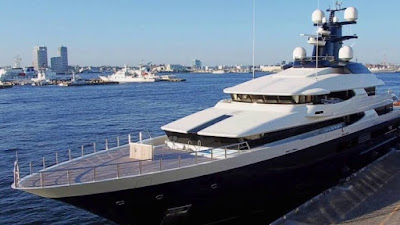 
Jan 3: As usual, the warring parties - or their lawyers, rather - claim that victory is theirs. I know of some angels dressed as lawyers but that doesn't mean I trust any of them absolutely. Certainly not with this particular case. So I asked three of Malaysia's former judges what the court ruling involving DoJ and the yacht called Equanimity really means.

The following are their comments (I'm not naming these contacts of mine, although I'm sure they won't really mind if I did. What I've done is to arrange their whatsapp comments by order of their seniority when they were in service as our Yang Ariffs):


Judge 1: Looks like the US court released because DoJ is no longer interested (in recovering Equanimity) because perhaps Malaysia has taken over the yacht.

Judge 2: It means Jho Low is feeling high as he wins (this round). And that the DoJ agrees Malaysia should not have brazenly seized that sampan. This is a complicated case. They should get me to advise them but (the problem is)  they are too clever by half.

Judge 3: It means that DOJ will drop the claim that the offence included the procurement of Equanimity, which is now being disposed off by the Government of Malaysia. In other words, the DOJ will not pursue to recover Equanimity. (As for the claim of innocence) itu cerita sensasi fantasi Jho Low & peguam penipu dia.