TMX, the media socialist, asks the burning question: So why aren't they defending their Prime Minister-designate on this one? 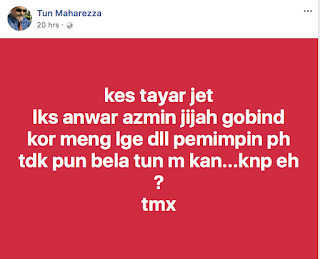 The short (and polite) answer is: Because they probably don't believe his claim. And, therefore, they are not prepared to stick their necks out. (TMX's commenters are neither short nor sweet. Find out what they are saying about the sabotage claim, h e r e).

A corporate man called me to say the Tun's "cuckoo".  One airline executive called the Tun's stunt "disgusting". "How can you undermine the Civil Aviation Authority of Malaysia like that. He's out to sabotage all of us!" Read CAAM: Mahathir's jet couldn't take off because of a minor and routine technical fault 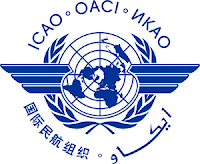 It's beyond disgusting for some. "This claim of sabotage create misgivings among outsiders," said an expert in Claim can affect aviation industry.

The Civil Aviation Authority of Malaysia is the body that ensures safety of civil aviation in this country conforms with global protocols. Its operations are dictated by the standards and rules of international aviation set out by the International Civil Aviation Organisation (ICAO). It does not care how many times you have flown in a private jet or how many of your friends own an aircraft or why they won't lend theirs to you. It exists to make sure that the 100,000 daily flights in aviation global network operate safely and reliably in every region in the world, including ours.

Malaysia became a member of ICAO in 1958.

p.s. TMX feels CAAM and VistaJet should report Mahathir under the Anti-Fake News Act of Afna. "It's a crime under Afna, not just morally wrong," he told me, referring to the statement made by Azharuddin Abdul Rahman (pic), the CAAM chairman. If no formal complaint is lodged. any Tom, Dick and Harry may think it's ok to cry wolf ...