Cynthia, Mejar Huan and the fight against corruption, Malaysian style

Given her reputation, one might have expected Cynthia ready-to-be-called-CIA-agent Gabriel to ask Penang Chief Minister Lim Guan Eng to resign over his "strange"  claim of ignorance about the RM22 million undersea tunnel "payoff". 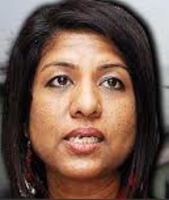 But not even a rap on the DAP and Pakatan Harapan leader's  knuckles. Instead, the founder of the Centre to Combat Corruption and Cronyism (C4), recipient of the prestigious 2017 NED award, and fierce opponent of 1MDB and the Scorpene deal merely urged the Penang government to end its contract with Zenith over the RM22m believed to be bribes paid for Guan Eng's proposed RM6.3 billion tunnel project.

If Guan Eng doesn't end its contract with Zenith, "the public may be confused", she said.

Her words, according to The Sun, not mine.

Is that it from Cynthia and C4, then? I hope not but I fear that's it, really. Some Malaysians fight corruption and abuses as long as they do not implicate the people or factions they are party to. To them, the Malaysian Anti-Corruption Commission, the Attorney-General and the courts are doing their job only if they go after people or factions they are not party to. That's how things work.

But because of that, fortunately, we get to depend on other Malaysian individuals like Huan I-have-been-vidicated Cheng Guan to try and dig up the wrong-doings, corruption, and abuses of powerful people, including politicians like Guan Eng, that the likes of Cynthia Gabriel may choose to ignore, downplay or even excuse.