Bangsar, Nov 3: A couple of fellow lawyers are calling Ambiga S, a former Bar Council president,  a hypocrite for "invoking the doctrine of subjudice" to save her own butt in an on-going case brought against Clare Rewcastle-Brown by PAS. 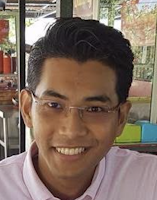 “It’s odd that she (Ambiga) deemed it subjudice for her to deny or confirm Clare’s claim, given the fact that she is not bound by British laws and the ethics of the legal professions over there.

"The way I see it, those in Malaysia are free to openly discuss the case until, if and only if, Hadi decides to transfer the case to a Malaysian court.”

Another lawyer Aidil Khalid recalled that when she was the president of the Bar Council, Ambiga had taken the position that the rule on subjudice should not override the right to discuss matters of public importance.

“It’s her attempt in wiggling her way out from confirming or denying what Rewcastle-Brown had claimed in her statement of defence.”

Read Lawyers content that Ambiga has no right to invoke subjudice

Ambiga has come under mounting pressure to own up to her role in getting Sarawak Report to write a commentary piece in August last year that accused PAS, once a partner in the Opposition Pakatan Harapan coalition, of selling out to Najib Razak and BN for RM90 million. She has refused to do so, citing subjudice and contempt of court.
A lot of Malaysians are hoping PAS will next sue Ambiga to clear its name of the RM90 million bribe allegations.
at November 03, 2017