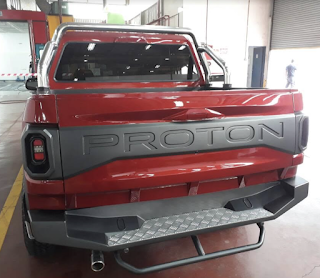 TTDI, 26 May 2017: The government has been talking about getting the bleeding Proton a foreign partner for years. That it has finally happened (It's official: Geely acquires 49 per cent stake in Proton - NST) is both a great relief and an exciting prospect.

At one time, Geely (like several others before it, including VW - see Related Article below) had turned away from the proposed partnership with the Malaysian carmaker (because Proton could not make up its mind, reportedly) but that the China giant actually came back to the negotiating table proved that Proton, under the current owners, still has appeal.

Dr Mahathir Mohamad laments the sale of his "brainchild" to foreigners but that child had bled us dry many times over. The only other option is to close it down. But that would be costly, and some people may accuse Najib Razak of trying to murder the child of Dr M's brain. Like a keen observer tells me: "Sell to China wrong. Retrench staff wrong. Give subsidy wrong. Close shop wrong. Semua pun salah. How lah?"

There is no guarantee that Proton flourish under the new partnership. Proton is no Volvo. But as a Malaysian whose first "real" car was a Proton, I'd take the chances.

p.s. I'm just wondering now if the pictures sent to me here are of a new model under that new partnership. If it is, I think I'd hold buying that Japanese pick-up .... 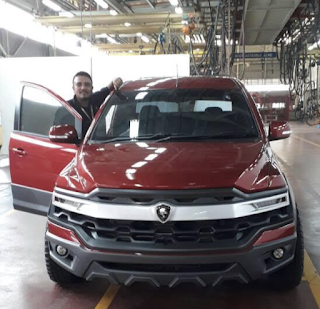