"Demokrasi tidak diamal dalam pemerintahan sekarang dan rakyat hidup dalam ketakutan ... [Democracy is not practised in the government and the people live in fear...]' - Dr M, here, after the "undemocratic" government approved the registration of his Bumi-only party


Puchong, 3 Nov: So, my ex-boss A. Kadir Jasin is officially a former journalist. Sad but, I suppose, inevitable. Kadir ended a sterling career that lasted nearly half a century, starting as a Bernama reporter in 1969, peaking with the management buyout of NSTP and TV3 in 2003 and ending as a socio-media journalist, to join Dr Mahathir Mohamad's Pribumi Bersatu party that the former PM set up to end Najib Razak's tenure as Prime Minister and Barisan Nasiona/Umno's reign as Malaysia's longest ruling party.

Zainuddin Maidin is the other Tokoh Wartawan Negara besides Kadir who left journalism to become a full-time politician for Dr Mahathir after a long and rewarding stint with journalism. The former Utusan Malaysia chief editor was made Deputy Information Minister in 2002, the year before Mahathir stepped down as PM, and in 2006 was appointed the Information Minister by Pak Lah. His political career was cut shot by his defeat in the 2008 general election.

I wish Kadir all the best and hope he'll fare better than the new party will ... 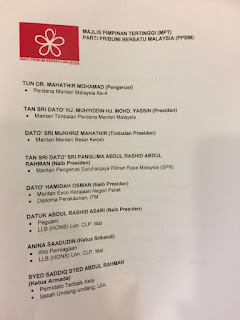 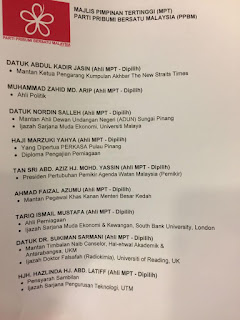 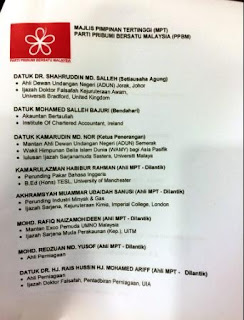