Puchong, Mon 180716
Of all the online scribes who have tried to remain "neutral" in the protracted Mahathir-Najib fight, I think Life of Annie tried the hardest. She has been frank but fair in her commentaries on Najib Razak although she has been harsh towards the PM's so-called advisers, and she has deftly avoided any kind of personal diatribe aimed at Mahathir.

In her latest posting, however, Annie betrays signs of one who is increasingly frustrated with the Tun and, especially, with his people for making the 92-year Old Man fight their battle.

His advisors and the people around him really should tell him to rest.


Maybe his son DS Mukhriz Mahathir can do that.
If Dr Mahathir is my father, that's what I will try to tell him.

Annie even writes about restricting the Tun to making doas:

If he still must, Dr Mahathir should instead help them with his prayers.


If it's true that Najib is destroying the country, let Allah answer Dr Mahathir's prayers and enable the opposition, which include his supporters to win the next general election.
Whatever it is, the young should do the fighting, not an over 90-year-old man.
I can just imagine how tiring it must be for Dr Mahathir.
Honestly, I'm tired just by being an observer of the fight.

Unscrupulous people are using the Tun to try and get what they want or regain what they have lost. That, to Annie, is too much.

Needless to say, Annie has now been accused by her commenters of accepting dedak (cheap bribes) to demonise Dr M and his camp.

Another blogger, who barked almost daily for Mahathir's cause not too long ago, asked me early this morning what I thought of the new Opposition pact (Pakatan has become Pakatun, Helen Ang)  after my own tentative posting Pakatan Tun: A dangerous liaison (or a tired cliché?).

I have to admit that I agree with Annie: It's not a big issue.

It's like when Umno founder Datuk Onn Jaafar left to set up Independence of Malaya Party and later Parti Negara.


Sadly for Dr Mahathir, I think his plan will end up like that of Datuk Onn's - not very successful.

And am 100 per cent with Helen (read her Will Perkasa bersekongkol dengan DAP for GE14?) 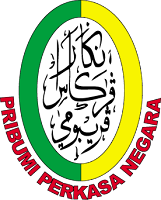 Tun's new party is likely going to be nothing more than just Perkasa donning a new mask, one that , for political expediency, must look friendlier and sweeter to the non-Malay crowd, especially the DAP.  Ibrahim Ali, the high priest of Perkasa, is expected to figure prominently in the new party. He has under his command "hundreds of thousands of followers". Muhyiddin Yassin may lead the new party initially but I don't see him leading it into the next general election; the former Deputy Prime Minister is quite the spent force and does not even command a fraction of his home state Johor. Similarly, Shafie Afdal, the ex Umno VP, has no influence in Sabah outside his own kawasan. Mukhriz will have more luck, being young and being a Mahathir, but then again he's nothing like his father.

So the way I see it, it's going to be Tok Him. He will eventually be the one calling the shots. Perkasa has always been Dr Mahathir's baby, anyway, and was instrumental in helping the Tun bring down Pak Lah ...

p.s. Zaid Ibrahim should figure out somewhere in this picture but I can't work that out as yet