LSS vows to quit writing forever and ever if Syed Akbar Ali ... 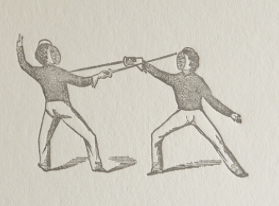 Puchong, 21 June: A battle is brewing between top pro-Tun and pro-PM cyber critics. Tun Mahathir's top blogger Syed Akbar Ali has been challenged by Lim Sian See, one of Najib's most abled online defenders, to a duel for truth and honour.
Basically, LSS is accusing Syed Akbar of lying again in his latest posting on the Aabar vs 1MDB arbitration. Syed Akbar purported claimed that the MoF will be declared bankrupt on July 11 as a result of the dispute. LSS says "... it is clear that the PakaTun penipus continue to take advantage of their followers ignorance with propaganda lies such as this ... in time for Raya hoping the people will gossip about this in the kampung while eating lemang".

"I challenge Hanizam, OutSyed and the rest of the PakaTun this: 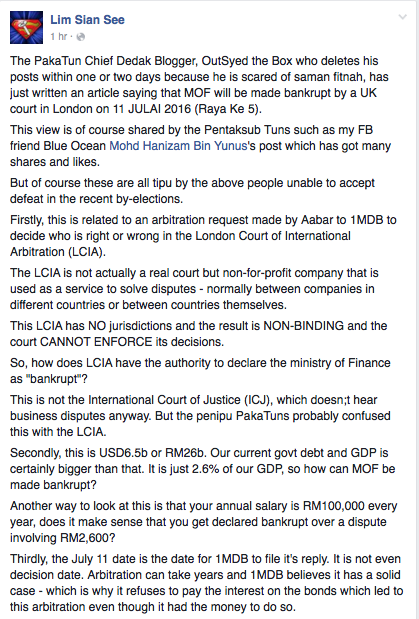 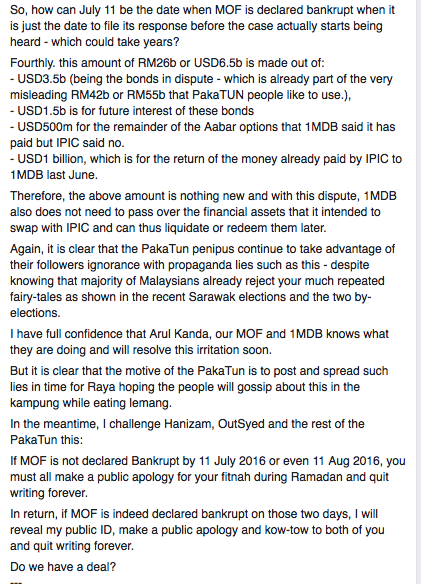