The best PM Malaysia never had

29 March, Noon
As I write, Tengku Razaleigh Hamzah is speaking at a press conference in Kuala Lumpur, most likely to respond to the tonnes of brickbats he's been getting from the anti-Najib, proTun crowd who have been told that the Kelantanese prince had done a number on the Deklarasi Gang, that he was supposed to be part of it, that he hoodwinked everyone and betrayed Dr Mahathir Mohamad by throwing his support behind Najib Razak, instead.

Well, that's hardcore politics for you. I hear blogger Raja Petra Kamaruddin knows the story as to why Ku Li would never trust Mahathir ever again after the coup against Tun Abdullah Ahmad Badawi 2006-09. I hope that story will be told soon.

In the mean time, Ku Li remains the most sought-after politician every time there's a major national leadership crisis. I say it speaks volumes abour the man ... notwithstanding what he might say at the press conference. 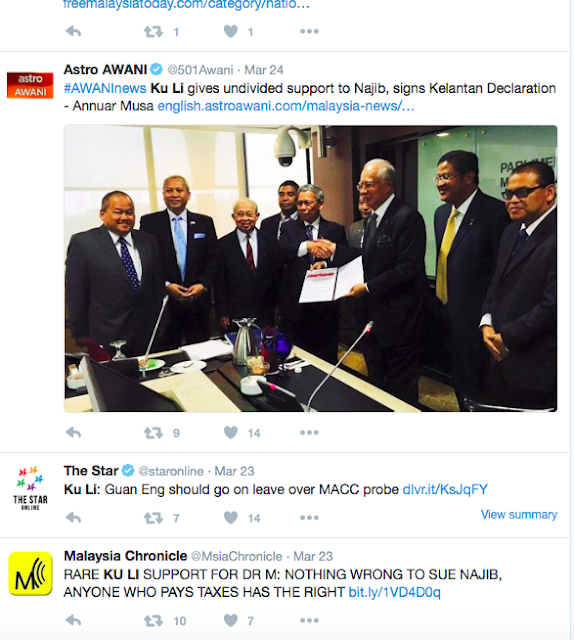 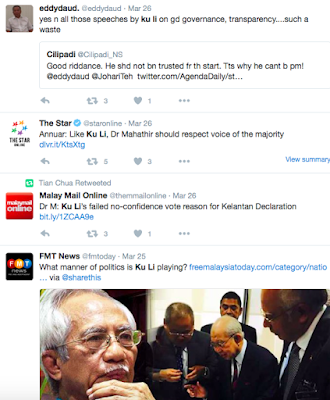 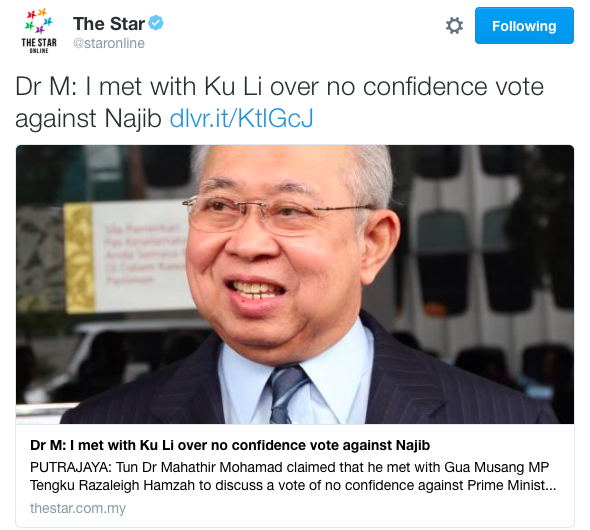 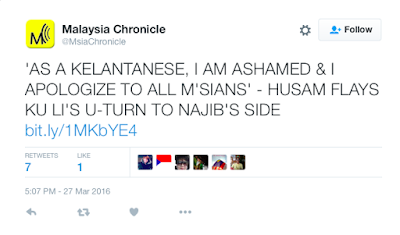 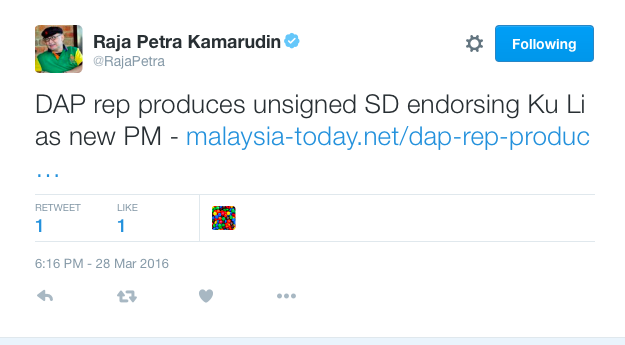 from their writings for the past few years, none of your blogging friends like Ku Li that much

I don't think RPK had any credibility, what-so-ever.

The last time when he was the blue-eyed boy of Pakatan, he made an SD, implying that Rosmah was at the scene where Altantuya was C4-ed. He then fled to the UK.

Today, a fugitive that he is, what came from him are gospel-truth to Pro-Najibs.

Kasihan Rocky. Out of the loop.
Out of mind


PS: Bru, two postings in one day, instead of your currently extremely leisurely blogging pace???


"But there are other payments too that may not have had a political purpose.

The Malaysian Prime Minister did not respond to written questions from Four Corners."

"The bank records also detail how Mr Najib used his new-found wealth. Much of it went to political affiliates in the lead up to Malaysia's last election in May 2013, including party officials, the Liberal Democratic Party and the Sarawak United People's Party, as well as various advertising and media firms."

Hope that Media Prima boy has a good shredder.....


"So, like it or not, Najib may have to bury Mahathir and his sons if he does not want to get buried by his own supporters instead. Najib will need to demonstrate strength and show he is not afraid to bury Mahathir and his sons because a leader seen as weak will no longer be supported. And trust me on this one because I, for one, support Najib because he is seen as strong. And also because he shoves millions of Malaysian taxpayers' money right up my wrinkled, worn, sell-out backside."