This is NOT an advertisement :-) 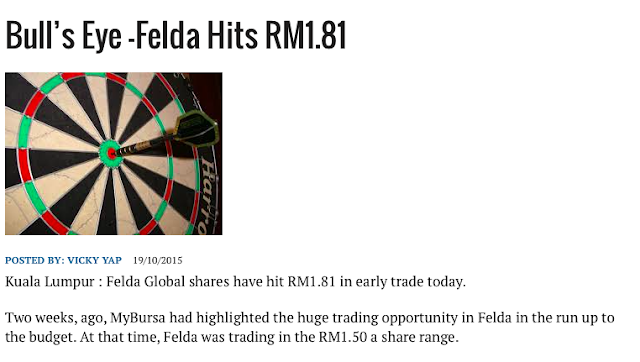 Alive and making money. Not sure if it wasn't my former passion the dart board that drew me to their posting yesterday but after a quick surf, gotta say these guys at mybursa.news are on the ball with some of the hot business news and stock tips unhappily buried under tonnes of political/politicised mud sleaze and rubbish that pass off as news and analyses these days. In other words, quite refeshing. And if you are a player looking to make a few quick bucks a day, can't hurt, can it? 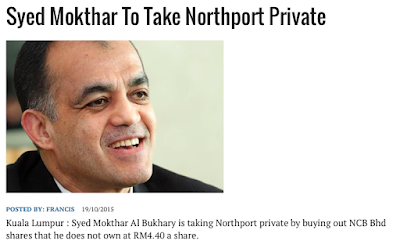 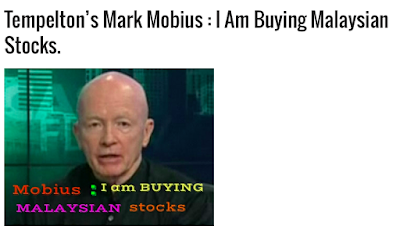 And I have a feeling these guys at mybursa.news are hopeless patriotic, too:

Kuala Lumpur : READ this Malaysia, the grass is NEVER greener on the other side of the fence.
Throughout 2015, in newspapers, on the web, what we have read about Malaysia has been, how indebted the country is, how poor the Ringgit has become and that if things remain how it is, there can never be a bright tomorrow.
Well think again!!!. Because here comes the numbers, and the numbers don’t lie.
The World Economic Forum’s recently-released Global Competitiveness Survey looks at the financial health and risks of countries around the world.
One of the most interesting and important rankings is actually the level of government debt.
For all the bad publicity Malaysia has got, it is not listed among the top 15 most indebted countries.
The top 10 are Japan, Greece, Lebanon, Jamaica, Italy, Portugal, Ireland, Cyprus, Buthan and the USA.
Number 11 is Singapore, with government debt as per centage to GDP standing at 103 per cent.


p.s. From today, mybursa.news joins the Bru's roll of Blogs That Rock. I've also taken down a couple of blogs from the roll, something I do from time to time.