After sedition, PKR man now accused of thuggery and cronyism 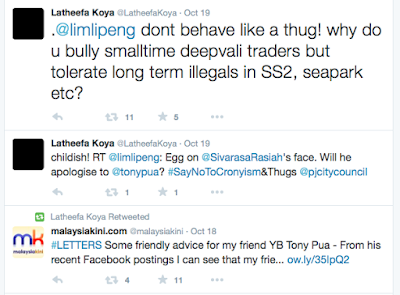 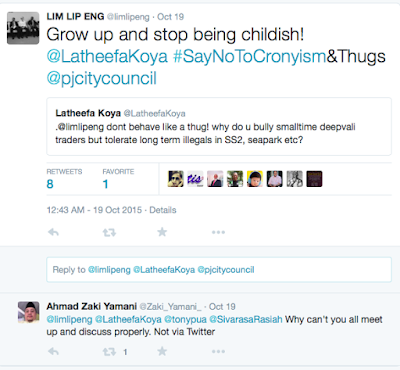 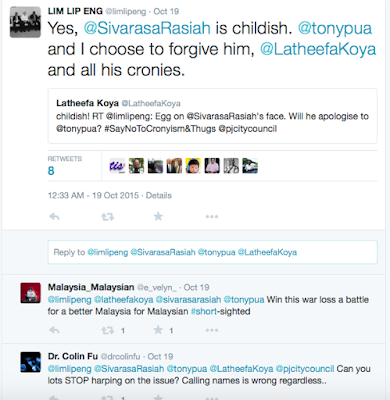 p.s. YB Sivarasa shouldn't let these name-calling get him down, though. Dr Mahathir Mohamad was accused of cronyism by Anwar Ibrahim. Look where they are today!

Pua said that the Sivarasa’s statement was “a figment of his imagination, or of whoever who sold him the story”, adding that the new site was approved unanimously during the full board meeting on 27 March 2015.
Pua said that neither he, Ganabathirao, or Lau were in any way challenging the MBPJ decision, but it was in fact “the group of thugs” who he said did not even trade in the area.
“The council should not negotiate with and bow to thugs who use force and intimidation to get their way,” he said.
“We can forget about ever replacing Barisan Nasional if we practise the same cronyism and thuggish politics,” Pua said in reference to Sivarasa’s comment that the “thugs” were members of PKR.

I would like to express my complete shock and disappointment that Petaling Jaya City Council (MBPJ) Mayor Mohd Azizi Mohd Zain announced the reversal of the council’s decision to relocate the Deepavali Bazaar at Sungai Way village (SS9A).
This comes after the mayor himself issued statements on Oct 1 and 8, 2015 where he stated that the new location was better as it was more spacious and has been the site of other markets including the Ramadan bazaar and pasar malam.
In effect, MBPJ succumbed to the display of thuggery led by several PKR grassroot leaders, Kelana Jaya deputy chief, Saminathan Kitchan, the division secretary Murali Subramaniam, and several PKR councillors from other districts.