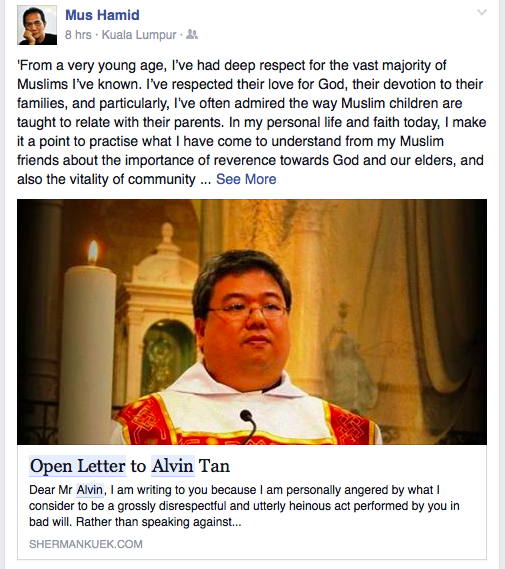 It's heartening to see Christians like Rev Kuek taking Alvin Tan to task for his latest antics. By now it's very clear that Muslims in Malaysia are too peace-loving and forgiving to even be able to properly rebuke Alvin. Most of us, anyway. So I hope, for Alvin's sake, that the Muslims in America, his new "home", will be as understanding ...

Doa untuk si Alvin. Muslims in this country, let's pray that Allah opens Alvin Tan's heart to accept Islam. Stranger things have happened, in syaa Allah.
We should also pray for those idiots who held that anti-Cross protest in Taman Medan. If they were indeed Muslims and they really thought they were doing Muslims in this country a favour, they have clearly been misled. Give Ahmad Zahid Hamidi our Home Minister the strength to deal swiftly and severely with them and others who try to pit Muslims against Christians.
And pray, also, that agent provocateurs like this UK-based DJ Jambun don't get to influence our Christian neighbours to turn against us. The majority of Muslims in this country where Islam is the official religion are peaceful folks who are quite happy with whoever or whatever non-Muslims choose to pray to ...
Amiiin.

p.s. Time to learn from the Sabahans?
A pic that's going viral on social media. Weren't we Malaysians all like this before? 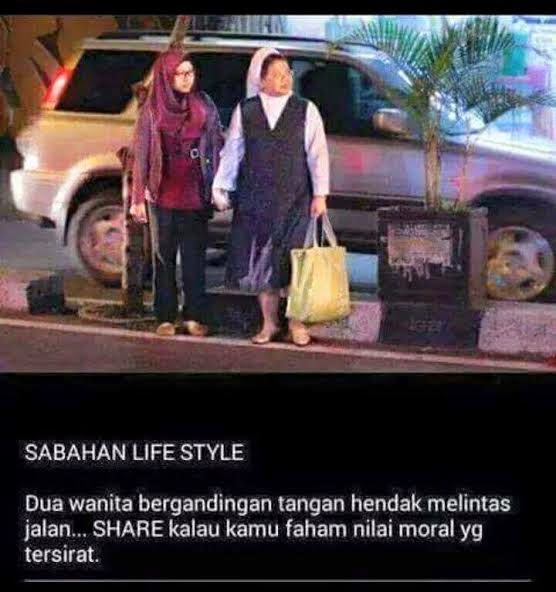