Pemandu or Bersih's Walk Against Corruption?

"The fight against corruption starts with you. If you want to help us fight corruption, don't offer bribes. When you stop giving bribes, corruption will end." - AWO, Minister in the Prime Minister's Department 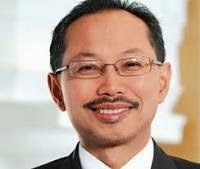 In all his politeness, Abdul Wahid Omar can sound too direct, sometimes, but sometimes rude is what you need to be to get a message across. The other night, when he made the "request" that developers help the government in its fight to combat corruption by not offering bribes, a lot of the guests were taken aback. The evening, after all, was meant o honor developers for their achievements. Some admitted they hadn't expected to hear the kind of lecture from an "Umno minister. Obviously, they weren't aware that AWO is not a member of any political party even thought he's an integral part of Najib Razak's Cabinet and that there are a lot of UMNO members who hate corruption as much as the next person. I also suspected that some of the guests had felt guilty when the minister made that statement.

The last few years, the movement against corruption has been credited to those who are seemingly or clearly against the government. of the day. Nobody pays too much attention when our anti-corruption boys do good but everybody jumps at the slightest chance to take these boys - and the government - to task.

This Saturday's Walk Against Corruption is supposed to be different: the sponsor logos show that Najib's PEMANDU (Performance Management and Delivery Unit) and NKRA (National Key Result Areas) are behind the effort.

BUT I have to ask, why are the likes of Ambiga Sreenevasan and Maria Chin Abdullah being featured as the main speakers for the forum? Tak ada orang lain yang lebih neutral ke? We know that both ladies are staunch opponents of the government that PEMANDU and NKRA serve: despite the evidence that prove otherwise, they insist that this government is corrupt, that it has not practised fair and clean elections. Ambiga, in fact, has appeared in so many Pakatan Rakyat posters alongside Najib Razak's political foes to talk against the BN government.

I hope somebody from PEMANDU or NKRA can tell us why.