What Proton really needs ... [With updates]

Proton hits back at report: The people at Proton are fuming and you can understand why when you read their official response to the offending news article. In four words: The report's not true. I'm sure Jagdev will not take that lying down. His editors, I'm not so sure. Proton is a big advertiser in The Star, I understand, so the bosses will be very, very careful especially if the facts of the story about a major client might have been spiced up and the client is really, really unhappy ... You know how it is.

* On the point that Proton has committed RM3.8 billion until 2017 is also not true

* When DRB-Hicom came in, we reviewed the application with MIDA on the amount and verified the R&D activities undertaken and completed

* To this extent, Proton has complied with all the guidelines set out by MIDA i.e. the definition of R&D eligibility of expenditure and procedure for disbursement of grant. MIDA team and the external auditors have visited Proton to ensure the Company undertakes the R&D activities as proposed and is in compliance with the technical and financial requirements

* For the record, to date Proton has produced 1756 Intellectual Property Rights (IPRs) from trademarks, patents and designs 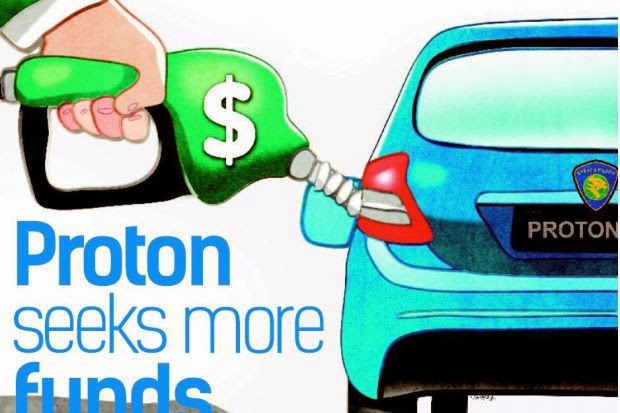 Not an article the Proton people or their minders at DRB would have enjoyed reading this morning. In fact, there'd be a lot of red faces. It's an embarrassing piece of news made even more so with the clever graphic. Lately, The Star is very good at dishing out this kind of backhand slap to their political masters and sponsors, I give them that. But if it's true, it's important that Proton and their minders make us taxpayers understand WHY.

It's a shame if they can't, or won't. There's so much going for Proton. Our national cars are about to make a comeback to the UK market and there was so much de facto CEO Luqman Ibrahim was going to do, including finally using the Petronas-built engine … until he called it quits - for the second time in a matter of months. The first time he called it quits, Proton adviser Dr Mahathir Mohamad practically pulled him by the ear to come back and finish the job. This time around, that doesn't seem to be happening …

What Proton needs is not RM3 billion to develop new models. It needs a model leader.