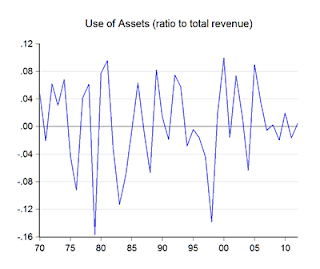 Notes by an Anon for Rafizi via HishamH's comment box, 27 Dec:


1) The selling of govt assets has been going on for decades2) from 1990 -2009, the then Malaysian govt has sold more assets (% revenue) than the current Malaysian govt3) Finance Ministers from 1990 - 2009 = Tun Daim, Dato' Sri Anwar, Tun M & Pak Lah4) In mid 90s, Malaysia experienced budget surplus. so, based on rafizi's logic, did Anwar also use sale of national assets to manage budget deficit/surplus?

Response by Hisham H to Anon:


@anon 7.40Thanks for pointing that out. It's an obvious point, but I left it out lest I be accused of playing politics.

Lesson #? Perhaps the blogger who had called Rafizi Ramli a "fraud" (for claiming that the Government was selling and securitising its assets to try and mind its budget gap and meet its deficit target) was a little emotional and wasn't so neutral, politically.

But this guy HishamH, the dood who runs the Economics Malaysia blog, you can't accuse him of either. Yet even he finds the notion Rafizi's selling "plain silly". Excerpts for his latest posting Debt, Deficits and Government Assets:

"... since 2007, use of assets has never exceeded 2% of government revenue. Even going by the numbers being quoted in the article, we'r enot talking about much more than 2% or revenue.

p.s. Wonder if he'll ever learn